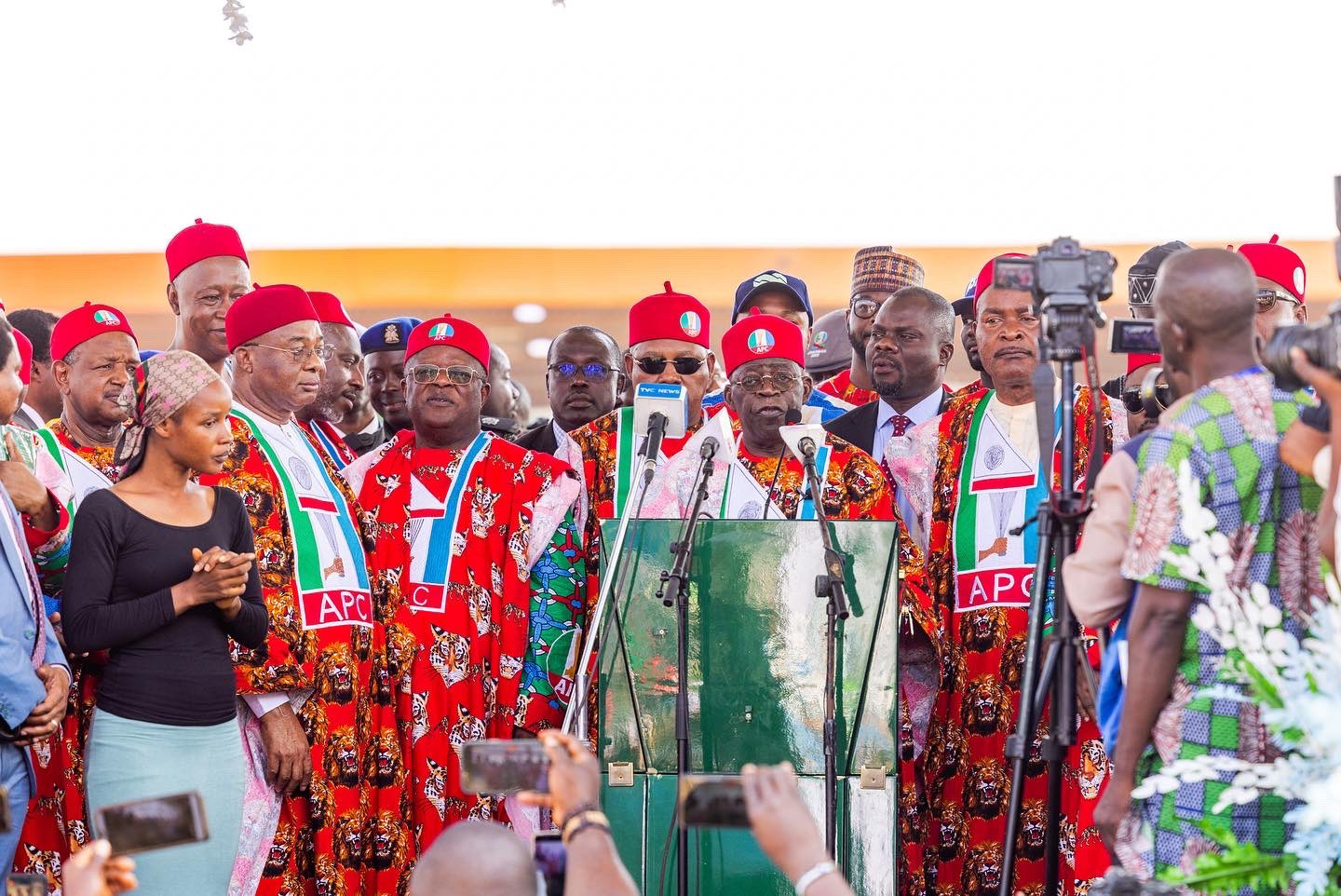 The presidential candidate of the ruling All Progressives Congress (APC), Bola Tinubu, has said, if elected president in 2023, he would negotiate with all agitators in the south-east to end rising insecurity in the region.

Mr Tinubu stated this, on Thursday, during the APC presidential rally and governorship campaign flag-off in Ebonyi State, according to a report by The Nation.

He said negotiation was the best way for people to get their demands and complaints, instead of resorting to violence.

“We want peace. I will talk to all agitators. You can’t get your wishes by conflict but by sitting round the table to complain,” Mr Tinubu said.

He also promised to invest massively in education to get rid of poverty in the country.

“Education is the greatest weapon against poverty. We are going to get our children’s education. We will reform the education sector,” he stated.

The APC candidate said Nigerians could address their challenges by electing visionary leaders like himself to “lead the crusade for development, progress and prosperity”.

“We don’t want to go backward. We are progressives, we will move Nigeria forward. We will do the right thing. We will make South-east the Taiwan of Africa.

The Chairman of the Ebonyi State Traditional Rulers Council, Charles Mkpuma, urged Mr Tinubu to facilitate the zoning of the senate president slot to Ebonyi State when he becomes president.

The monarch said he and other traditional rulers in the state and present at the event were in support of Mr Tinubu’s presidential ambition.

“Our people are happy with you that you are here to see us, even though we had resolved to support you and other candidates of APC,” Mr Mkpuma said.

The monarch told the APC candidate not to forget the South-east when elected president.

Responding, Mr Tinubu urged the people of the South-east to strengthen their bond of friendship with the people of South-west, where he comes from, by supporting his presidential ambition in 2023.

He assured the people that they would be carried along in his administration, if elected.

The monarchs, led by Mr Mkpuma, conferred on Mr Tinubu the chieftaincy title of Dike Di Ora Nma, which means “a hero that is loved by the people”.

They said the title was to buttress Mr Tinubu’s “acceptability by the people, including the traditional institution in the state”.