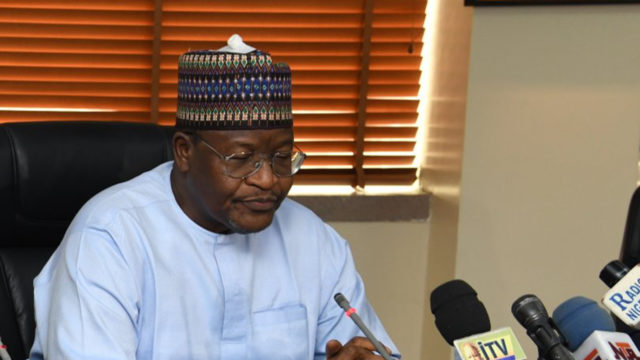 The inability of licensees in the telecommunications sector to pay their respective levies, including staff salaries has become a source of worry to the Nigerian Communications Commission (NCC).

This is even as about 27 licensees of the commission were said to have returned their licenses in the last three years, largely due to the economic realities in the country and situations in the industry.

NCC made this known in Lagos, yesterday, at the beginning of the two-day ‘Talk to the Regulator’ forum is organised.

The Executive Vice Chairman, NCC, Prof. Umar Danbatta, said the forum, was one of the most important events in the yearly stakeholder engagement diary of the commission because it provides the regulator with a unique opportunity to engage with licensees in a collaborative atmosphere which, in turn, “enables us to jointly examine issues that are negatively affecting license compliance and industry growth.”

Danbatta, who was represented by the Executive Commissioner, Stakeholder Management, Adeleke Adewolu, said the commission was very much aware that not all its licensees are doing as well as they ought to be doing.

“Several licensees are struggling to pay their staff, many are unable to comply with basic licence obligations, several are defaulting in the payment of their Annual Operating Levies (AOL), and the level of interconnect and other inter- licensee indebtedness is still unacceptably high,” he said.

Checks by The Guardian showed that AOL is 2.5 per cent of the yearly turnover of operators, which are expected to be remitted to the NCC, while interconnect debts hover between N70 billion and N100 billion, with MTN being owed the largest of the sum.

Danbatta however, said the commission will continue to roll out forward-looking and all-inclusive regulatory initiatives to provide market opportunities for all its licensees. He said NCC is also committed to the constant review of its licensing framework as well as key regulatory instruments so as to refresh “our regulatory frameworks and ensure better service delivery for consumers and efficient attainment of other national interest objectives.”

The EVC, who assured that the NCC Board and Management are fully committed to making necessary adjustments where possible, said the industry can only achieve the national interest objectives set out in the National Digital Economy Policy and Strategy (NDEPS), the Nigerian National Broadband Plan (2020-2025) and other policy instruments if most (if not all) of licensees are operating at optimal strength.

“We are therefore keenly aware of the need to listen to our licensees and address any concerns that may impede the attainment of the relevant policy objectives,” he stated.

In his own speech, Adewolu said NCC considers consultation as the lifeblood of regulation. He stressed that the Nigerian Communications Act (NCA, 2003) entrusted the NCC with powers and responsibilities for the regulation of both the technical and market-related aspects of telecoms infrastructure and services in Nigeria.

According to him, the Commission has, however, never taken these powers for granted. “Over the years, we have consistently deployed stakeholder engagement tools like public enquiries, private investigations, written information requests, one-on-one discussions and diverse Consumer engagement platforms. These tools enable us to ensure that our interventions are well-grounded and that our decisions are based on a clear understanding of stakeholder perspectives.”

MEANWHILE, some of the Value Added Service (VAS) providers at the event decried high charges by mobile network operators (MNOs) and called on the NCC to urgently intervene.

The VAS operators claimed that the MNOs first deduct 20 per cent from revenue before still sharing the remaining earnings as 60 per cent to (MNOs) and 40 per cent to them (VAS). They stressed that this is seriously affecting their businesses.

At a forum in late 2019, the Chairman of the Association of Licensed Telecoms Operators of Nigeria (ALTON), Gbenga Adebayo, had called for a downward review of the AOL.

Specifically, Adebayo said that there was the need for a downward review of the AOL as the increasing usage of Over-The-Top (OTT) services by telecommunications customers was adversely impacting on revenue of the operators.

He said that the operating levy of 2.5 per cent should be reduced to one per cent, in the face of the reality on the ground in the industry.

According to him, the 2.5 per cent is being deducted from the operator’s turnover, which he described as not fair enough.

“What NCC does is to take the entire turnover, that is all income before tax and before expenses, then take 2.5 per cent on it, which in itself is not a fair approach.

“This is because for you to achieve this N1 million, you have spent certain money, so, I feel you should actually take out your expenses before they apply the 2.5 per cent.

“So, what it then means is that the 2.5 per cent is actually additional expenses on the operators. It is high because it is 2.5 per cent of annual turnover, not 2.5 per cent of profits. They need to consider a downward review, one per cent will be fair,” he said.

The ALTON chairman said that telecommunications companies were losing money, hence, the urgent action to save them from further loss, due to activities of OTT providers who do not invest in infrastructure.