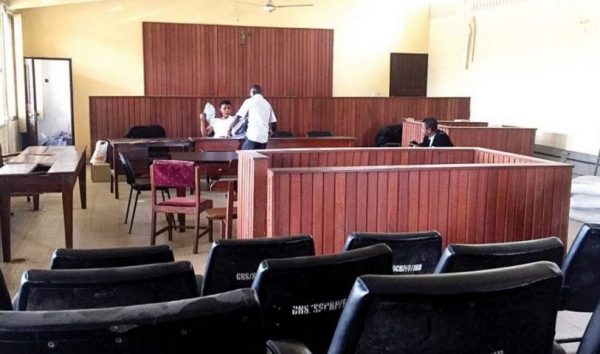 Four men appeared in an Okitipupa Chief Magistrates’ Court in Ondo State on Friday for alleged burglary and theft of property worth N173, 300, according to NAN.

They, however, pleaded not guilty.

According to the prosecutor, ASP Zedekiah Orogbemi, the defendants committed the offences with others at large on August 11, at about 11:30pm on Iretolu Street in Okitipupa.

Orogbemi said the defendants burgled the house of one Mr Emmanuel Oyinbo and stole his belongings.

He said the defendants stole a small Tiger power generator worth N18,800, a big Fireman power generator valued at N89,000, a mattress worth N25,000 and a Sony DVD player, among other valuables.

The Chief Magistrate, Mr Chris Ojuola, granted the defendants bail in the sum of N100, 000 each and two sureties each in like sum.

He added that the sureties must reside within the court’s jurisdiction and show evidence of two years’ tax payment to the state government.