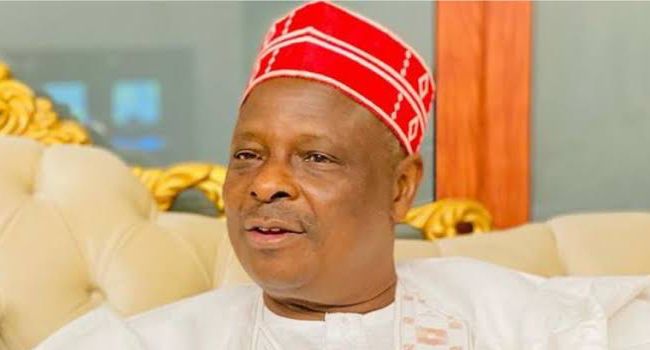 The New Nigeria Peoples Party (NNPP) presidential campaign council on Sunday dismissed claims on the withdrawal of its presidential candidate, Rabiu Kwankwaso, from next month’s election.

The council’s spokesman, Ladipo Johnson, who made the clarification in a statement in Abuja, described the insinuation as a campaign of calumny orchestrated by political jobbers.

This is the third time in the last few months that the NNPP and the campaign council had dismissed rumours of the former Kano State governor’s withdrawal from the presidential race.

The party in November last year described as the handiwork of mischief-makers reports that Kwankwaso had stepped down from the race for the Peoples Democratic Party (PDP) presidential candidate, Atiku Abubakar.

The statement read: “These are the questions being bandied around by the supporters of those who have failed this country and who are still pretenders to the office of President of the Federal Republic of Nigeria.

“The campaign of calumny is well orchestrated and comes from more than one political block! Ab initio, they initiated and carried rumours about Kwankwaso purportedly stepping down for their weak candidates. I pity these political jobbers as there probably is no easy way for them to sell their weak and ailing candidates who have passed their ‘sell-by dates’ to Nigerians! I make bold to say that these so-called candidates should be taken off the supermarket shelf (off the political space). They have cost us enough.

“Furthermore, these political jobbers are attempting to push their narrative by using pecuniary means to entice solitary NNPP or Kwankwasiyya members who then stage “decamping shows”, where they parade a few hired hands adorned with “new” red Kwankwasiyya caps which they symbolically remove or throw away.

“They then claim to have moved with hundreds of thousands or some have claimed, with millions of members! We saw these laughable shows by some nincompoops recently in Kano and Bauchi and I dare say, there will be more shows as the “expired” politicians become more desperate as we approach the election. These people are jokers and should be seen as such.

“Unfortunately, I have some bad news for these jobbers seeking to sell “expired drugs” to a sick Nigeria. Rabiu Musa Kwankwaso and the NNPP are contesting this election to the end.

“The RMK 2023 campaign is waxing stronger as we head into the last 30 days of the campaign. Our candidate has reached way over 400 plus local governments and is going into the only state he has not been to, to campaign in the coming days.

“We repeat that we have a clear strategic path to victory and that by God’s special grace, the NNPP and Rabiu Musa Kwankwaso are going to win the election.”