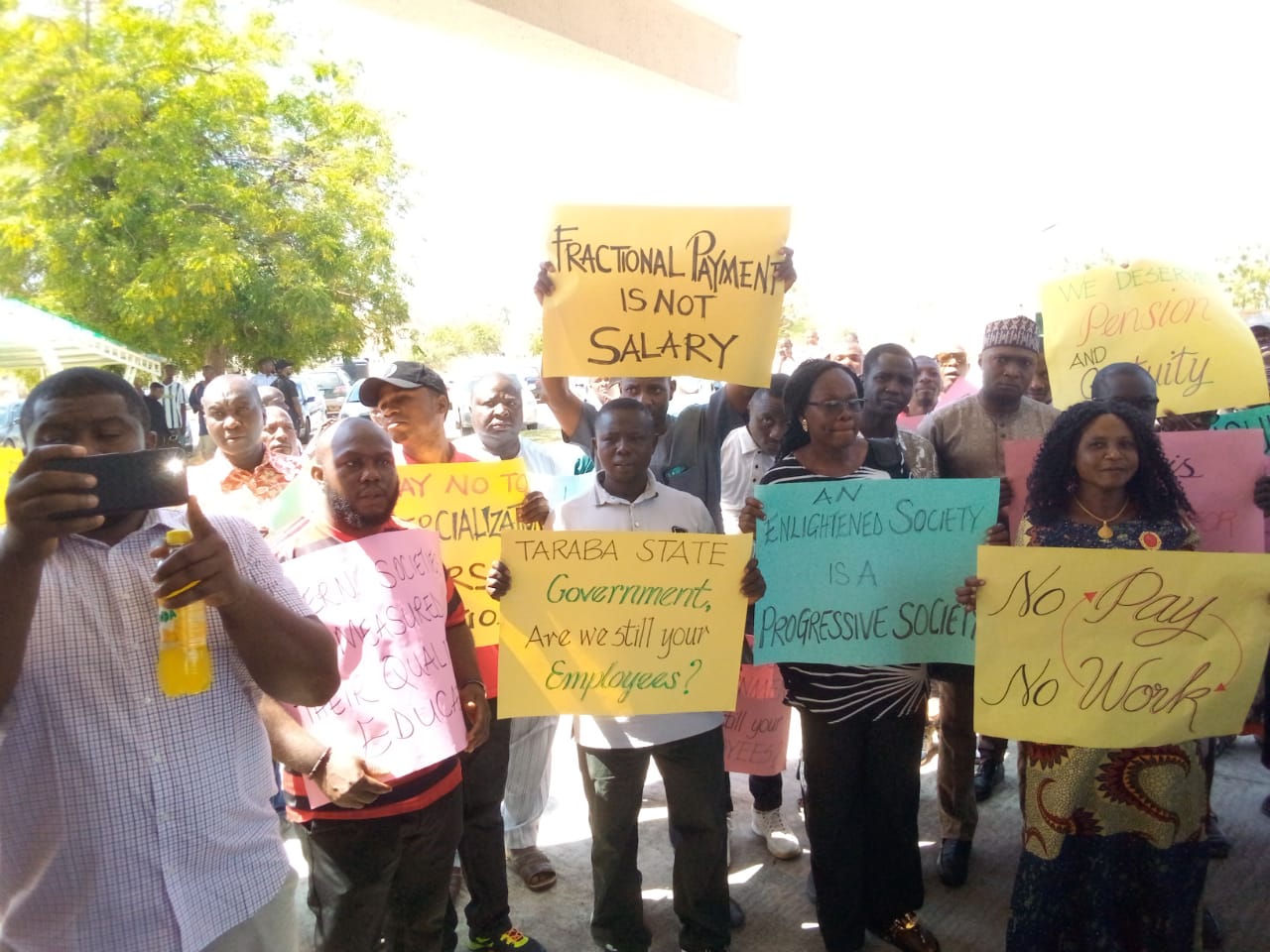 Activities at the Taraba State University (TSU) were on Tuesday temporarily brought to a halt as the university’s branch of the Academic Staff Union of Universities (ASUU) embarked on a peaceful protest.

The protest, as noticed by DAILY POST, paralyzed academic activities on campus.

Speaking, the chairman of the Academic Staff Union of Universities (ASUU) of the institution, Dr Samuel Shikaa, said the way and manner the staff are being victimized by both the state government and the school authorities is becoming unbearable.

The decision to stage the protest, he said, followed a resolution that was taken during the union’s congress meeting held at the university premises.

The staff, who our correspondent also noticed to have been pressing for their earn allowances, expressed sadness over the alleged unfortunate victimization by the Taraba State government for participating in the just concluded nationwide ASUU strike.

They threatened to embark on another indefinite strike if the state government’s plan to deny the staff their salaries for joining the ASUU strike is not reversed.

He said: “We wish to bring to public notice the unfortunate victimization of our members by the Taraba State government for participating in the just concluded nationwide ASUU strike.”

Governor Darius Ishaku has maintained categorically, the “no work, no pay stands as a punitive measure against the Union for participating in the nationwide strike.”

Stressing that “the union wishes to make two things very clear about this misunderstanding of the issues,” Dr Shikaa said: “Our participation in the nationwide strike was not on sympathy grounds. The issues that necessitated the strike such as the renegotiation of the 2009 ASUU-FGN agreement pertaining to the salary structure and welfare of our members, revitalization funds for all public universities, deployment of UTAS against the obnoxious IPPIS to ensure university autonomy among other issues affected us too, hence, the need for us to join in the struggle.”

As to the claim by the governor that all local issues in the university have been resolved, the leadership of the union said “it is not true.”

“We wish to state to the notice of the general public that none of the issues affecting the Branch has been addressed,” Dr Shikaa stated.

The union urged critical stakeholders and other well-meaning people of Taraba to as a matter of urgency wade into the face-off by urging the governor to do the needful before they resolve to down their tools again.