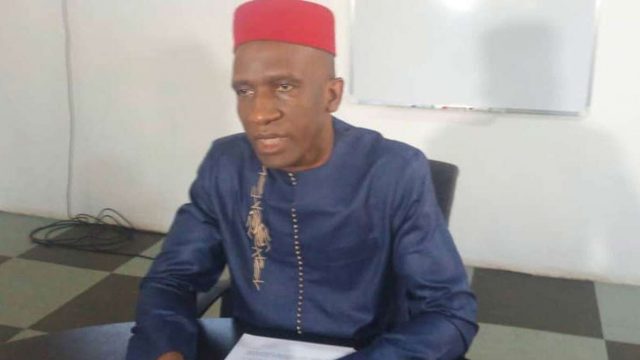 As fear of COVID-19 pandemic second wave heightens, Anambra State has recorded 285 confirmed cases, with 19 deaths so far. Also, only one person is remaining in a supervised centre rather than the isolated centre in the state, just as the Commissioner for Health, Dr. Vincent Okpala, has warned residents and people of the state of relaxing the vanguard against contamination of the virus.

Okpala, who stated this in Awka, yesterday, while defending his ministry’s budget for 2021, said that the state had so far done 7,224 tests so far, approximating to about 3.9 per cent being number of positive cases as against number of tests done.

He told the House Committee on Health that the state leads other South-East states in respect of tests carried out so far, adding that no fewer than 3,000 members of the National Youth Service Corps (NYSC) had been tested since resumption of service year.

According to him, no provision was made for vaccination in the event of discovery, stressing, however, that the ministry, which carried out 5.5 million vaccinations during immunisation programme has a structure to respond swiftly and timely in any eventuality.

IN the same vein, the Chief Medical Director of Chukwuemeka Odumegwu-Ojukwu University Teaching Hospital (COOUTH), Amaku, Awka, Dr. Basil Nwankwo, during the defence of the budget of the hospital, lamented N1.3 billion cut in the hospital’s recurrent expenditure by the Budget Office headed by Special Adviser to the Governor on Budget, Melie Onyejepu, and urged the House Committee to come to the rescue of the institution.

Nwankwo said only N72 million was approved for the hospital to pay salary, a situation, he said, forced him to source for additional N11 million to make up for the shortfall.

He pointed out that the poor conditions of service contributed greatly to the brain drain in the health sector.

Also, while defending the N400 million budget for the Anambra State Health Insurance Agency (ASHIA) for the 2021 fiscal year, Dr. Simeon Onyemaechi said it would help the agency to add more innovations and efficiency in its duties next year.

Onyemaechi, who is also the Special Adviser to Governor Willie Obiano on Health, disclosed that the state was among few states that previously qualified for the N1.2 million basic healthcare provision fund of the Federal Government owing to the N100 million the governor set aside as the state’s counterpart fund.

He said that the amount allocated to the agency in the 2021 fiscal year would help to attract more basic healthcare provision funds, depending on the availability of resources at the federal level.