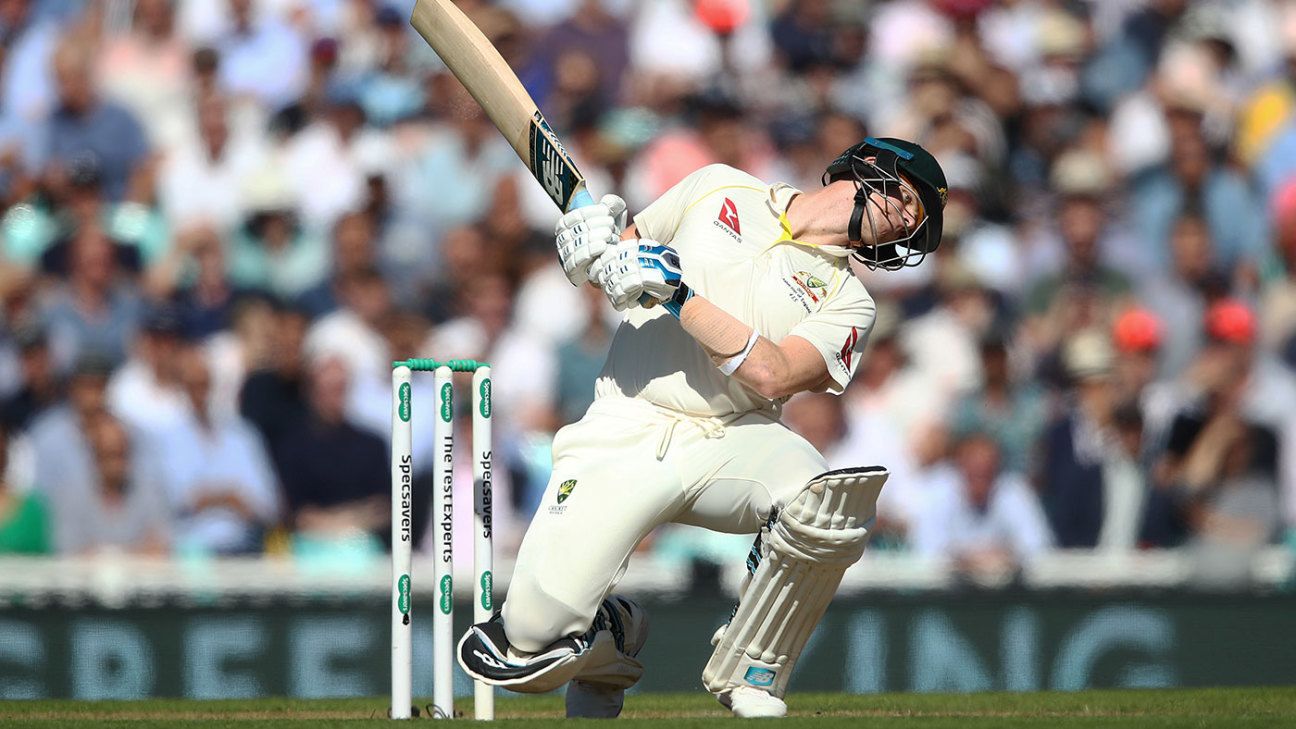 Steven Smith will have no issues if the Indian bowlers try to attack him with short-pitch bowling in both the limited-overs and Test series, according to Australia’s assistant coach Andrew McDonald.

Smith himself has encouraged India to pepper him in Test cricket but McDonald thinks they may well try it in the limited-over series as well.

He was concussed by Jofra Archer in last year’s Ashes and subsequently targeted by New Zealand’s Neil Wagner last summer but he also missed Australia’s most recent ODI series in England due to a concussion he suffered in the nets.

Smith had a lean IPL by his standards for Rajasthan Royals, where McDonald was his coach. He scored 311 runs in 14 innings with three half-centuries. Ten of his 12 dismissals came against pace bowling, with Pat Cummins dismissing him twice, while Jasprit Bumrah, Anrich Nortje, and James Pattinson also got him cheaply.

“I don’t think it’s actually a weakness,” McDonald said. “I think they’re taking a shot at that area to get him out early and then what you’ll see after that initial potential plan, they will go to a more standard plan to try and negate the runs.

“I think they’ve used it before and as I’ve said he’s done well before so I’m suggesting that plan hasn’t necessarily worked to its full effect. I know in the Test match he had that moment with Archer where it got him but in terms of coming back off that he was able to score runs. Even in one-day cricket he was able to score and in T20 cricket he’s been able to score runs with that plan being adopted by opponents. I don’t necessarily see it as a weakness but they can keep approaching that way if they want.”

McDonald cited Australia’s last ODI series against India in January where Smith made scores of 98 and 131.

“They had a clear plan early on in the innings where they had a leg gully, a deep square, and a man deep in front of square and everyone up on the offside in the powerplay,” McDonald said.

“That’s a tactic that they’ve used before and as I said it’s probably to negate the runs that he scores and try and give themselves the best opportunity to potentially get him out in that area. But he was able to combat that in India last time. He got a magnificent 131 in the last ODI at Bangalore and he made a significant contribution at Rajkot. But he’s had that before and he’s worked his way through it and I see this series as being no different in the way that he approaches.”

McDonald is currently looking after the small group of players who have returned to Australia from the IPL in a quarantine hub in Sydney, with the help of Ricky Ponting who has been seconded by Cricket Australia to coach during the quarantine. The Australian government’s strict quarantine rules on international travellers mean the players and coaches can only leave their hotel room for three-and-a-half hours a day to train at Blacktown, with nets and centre-wickets being made available, before spending the rest of the time in isolation until their mandatory 14-day quarantine ends on Thursday ahead of the opening ODI against India on Friday.

Aaron Finch looks back to see his stumps disturbed BCCI

McDonald said each player had been able to work on an individual program in the first week, with some players opting to put rest for a week while others opted for high volume training depending on how they fared in the IPL.

McDonald was also unperturbed by captain Aaron Finch’s form. Finch was dropped by Royal Challengers Bangalore during the IPL for fellow Australian Josh Phillippe, who was left out of the ODI and T20 squads but has been training with the group in quarantine.

“He definitely struggled a little bit in the IPL,” McDonald said. “I think he’s got his game back under control. He’s building nicely to the game on the 27th. There’s a couple of little things that he’s working on in the last couple of weeks to make sure that he can rectify that potential lack of form in the IPL. They’re little technical things and mindset things that he always defaults back to, to build into series.

“When you’re in a tournament sometimes you don’t get that time to get away from it and rebuild it a little bit so I think these two weeks, for players who probably didn’t have the IPL that they wanted to have, gives them a little bit of time to breathe and go back and work on the key focus points in a training environment where there are not as many pressures and stresses. I think he’s making some good gains there and I think he’ll be right.”