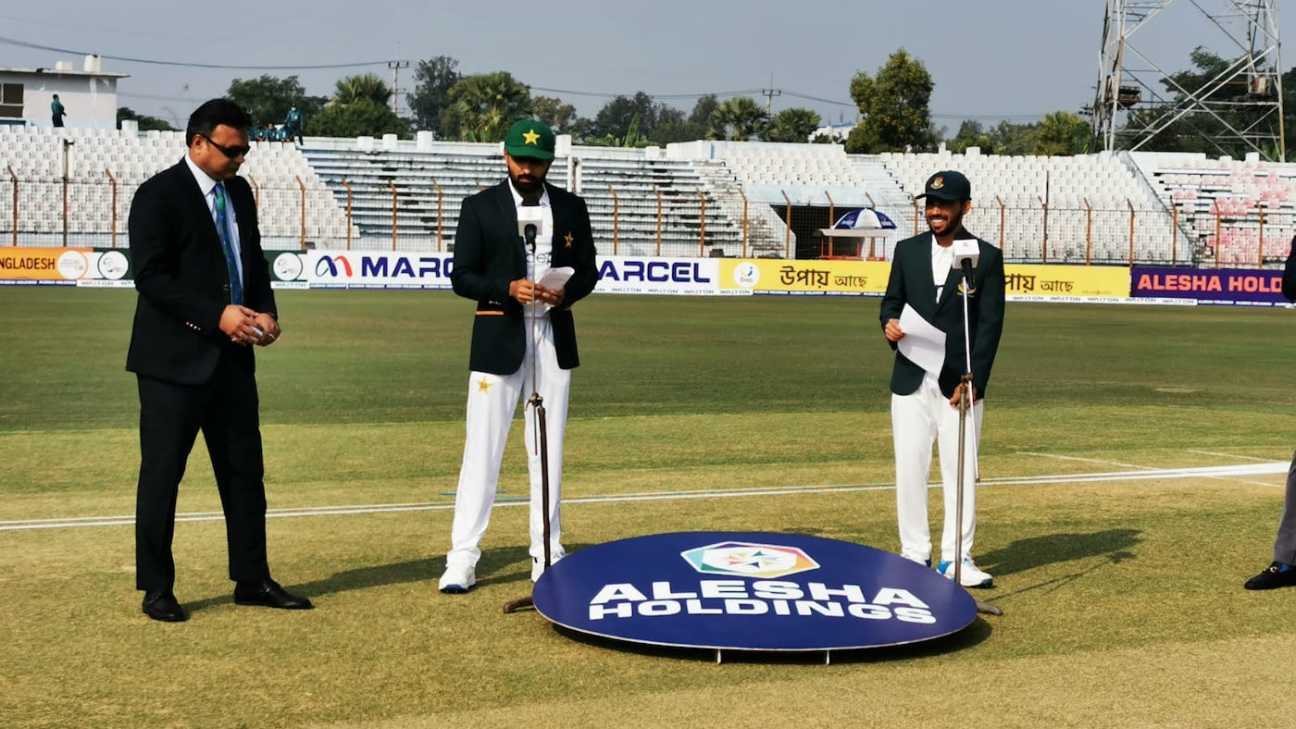 Toss Bangladesh won the toss and chose to bat vs Pakistan

Bangladesh have won the toss and decided to bat first against Pakistan in Chattogram in their first Test. Hours after an earthquake hit the city, the players were ready to begin play at the usual time, and for the fourth time in as many matches in the ongoing series, the toss went Bangladesh’s way on a pitch that appeared to have an even covering of grass.

Mominul Haque will lead Bangladesh, with Saif Hassan and Shadman Islam slotted to open. Middle-order batter Yasir Ali was named for a Test debut, while Bangladesh opted for two seamers and as many spinners in the attack.
Pakistan, meanwhile, handed a debut to opener Abdullah Shafique, who edged out Imam-ul-Haq in the starting XI. Pakistan, too, opted for two spinners and two seamers, with Shaheen Afridi and Hasan Ali partnering slow bowlers Sajid Khan and Nauman Ali. Faheem Ashraf was the allrounder in the pack.

Danyal Rasool is a sub-editor at ESPNcricinfo. @Danny61000