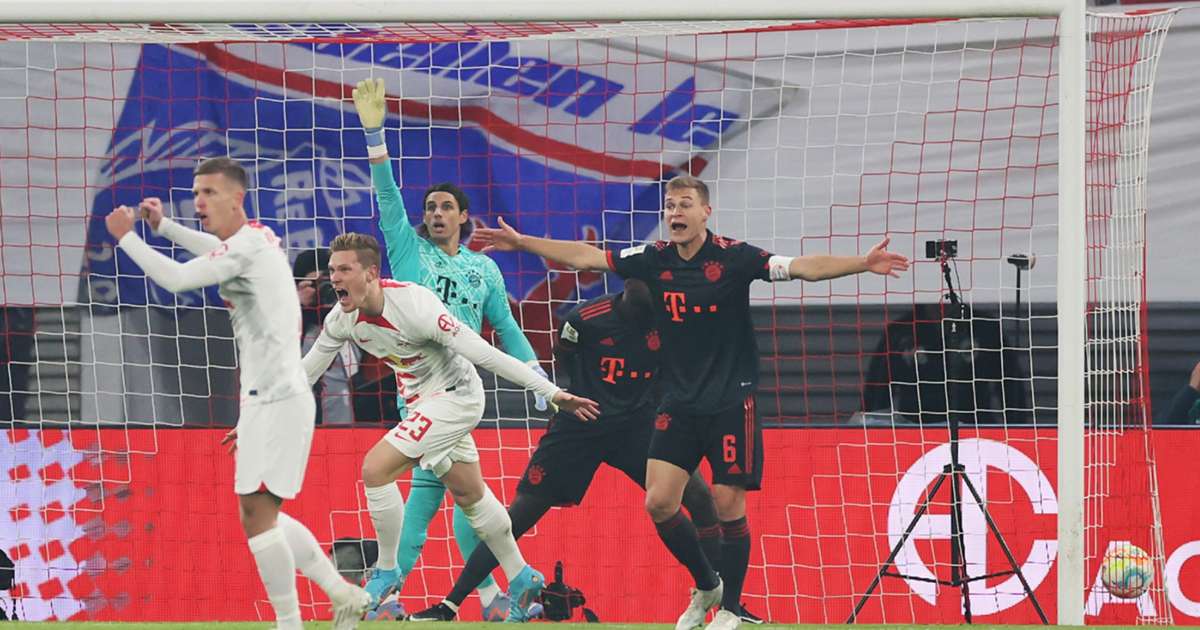 Bayern Munich were pegged back by RB Leipzig as the Bundesliga returned with an entertaining 1-1 draw on Friday.

Marcel Halstenberg struck in the 52nd minute at Red Bull Arena to draw third-placed Leipzig level against the league leaders.

Julian Nagelsmann had seen his team take the lead against his former club eight minutes before half-time, with Eric Maxim Choupo-Moting picking up where he left off before the World Cup break.

Bayern were lucky ex-Leipzig defender Dayot Upamecano stayed on the pitch after a rash challenge on Dominik Szoboszlai, but the visitors’ run of 10 successive wins in all competitions came to a halt regardless.

Jamal Musiala was a rare bright spot for Germany in Qatar, and the teenager teed up the first chance when he played in Serge Gnabry, whose shot was deflected against the post by another World Cup star Josko Gvardiol.

Leon Goretzka thought he had nosed Bayern ahead when he nodded in from Choupo-Moting’s flick-on, but the goal was disallowed for Matthijs de Ligt straying offside in the build-up, with the VAR upholding the linesman’s decision.

Bayern were not to be denied the lead, though, with Choupo-Moting turning in his seventh Bundesliga goal of the season after meeting Gnabry’s pinpoint left-wing cross.

Yann Sommer had little to do in the first half, but the Bayern debutant was picking the ball out of his net seven minutes after the restart.

Joshua Kimmich’s slack pass put Bayern in trouble, with the champions failing to clear their lines and eventually allowing Halstenberg to prod home from close range despite appeals for a foul in the build-up.

Upamecano was fortunate to escape a red card when he scythed down Szoboszlai and appeared to be the last defender, yet Bayern made their luck count to come away with a point.