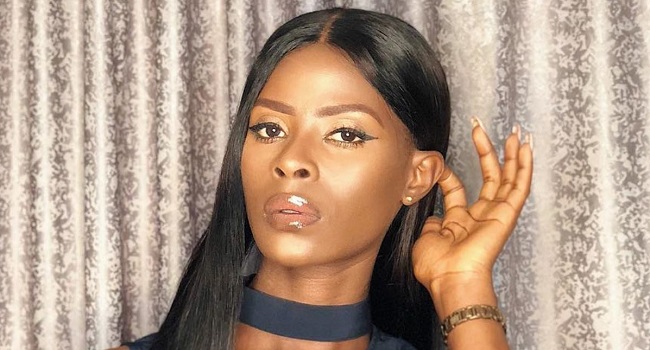 Nigerian reality TV star, Khloe, real name Abiri Oluwabusayo has said that only poor people have a mindset that they can never undergo a cosmetic surgery.

Khloe who confirmed that she underwent body enhancement surgery in 2020 revealed to MTV Base host, Ehiz that she used to think she can never undergo a cosmetic surgery, however, she made the decision to fix up her body within two weeks.

Read also: BBNaija’s Khloe tears into Instagram troll for mocking her and Teddy A

She stated that the life-changing experience made her appreciate herself more and she is impressed by the result.

The Big Brother Naija star however stated that she does not want to undergo another surgery because of the pain she experienced.

Speaking further, Khloe noted that most women are sad with their “big belly”, but come out and act confident. Khloe also told women who have the money to go ”fix” their bodies.

Watch the reality star speak below.