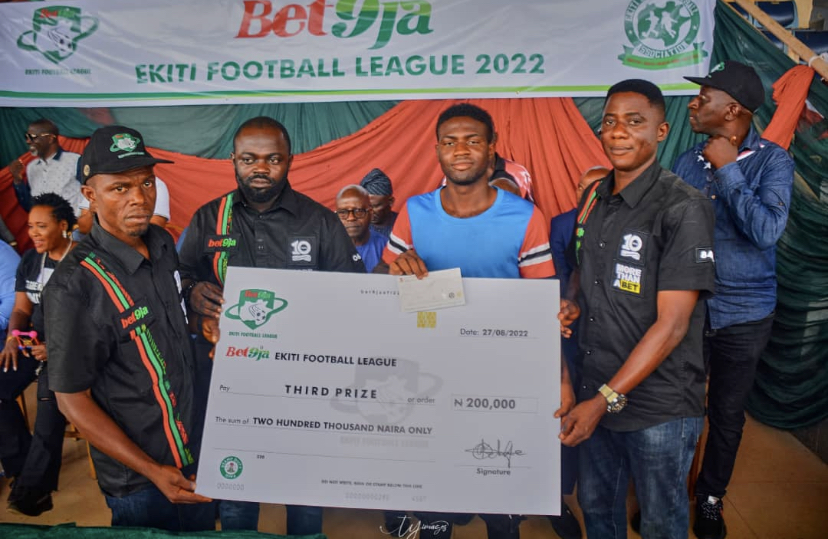 All smiles and delight within the Ekiti Football Ecosystem on Tuesday as the winner of the Bet9ja Ekiti Football League, Champions FC and the runners up cashed out their winning prizes.

An elated chairman of the BEFL Board who is also a Bet9ja Super Agent in Ekiti, Hon. Noah Kayode was filled with immense gratitude to Bet9ja Agents in Ekiti State and specially to the headquarters of the betting company and other Super Agents for the financial commitment to the success of the league.

Kayode further congratulated the winning teams, all participating teams from the playoffs and the entire Ekiti Football Ecosystem for the brilliant organization of the league.

He hinted that they can look forward to an even better tournament in the 3rd edition of the BEFL which will begin in no distant time.