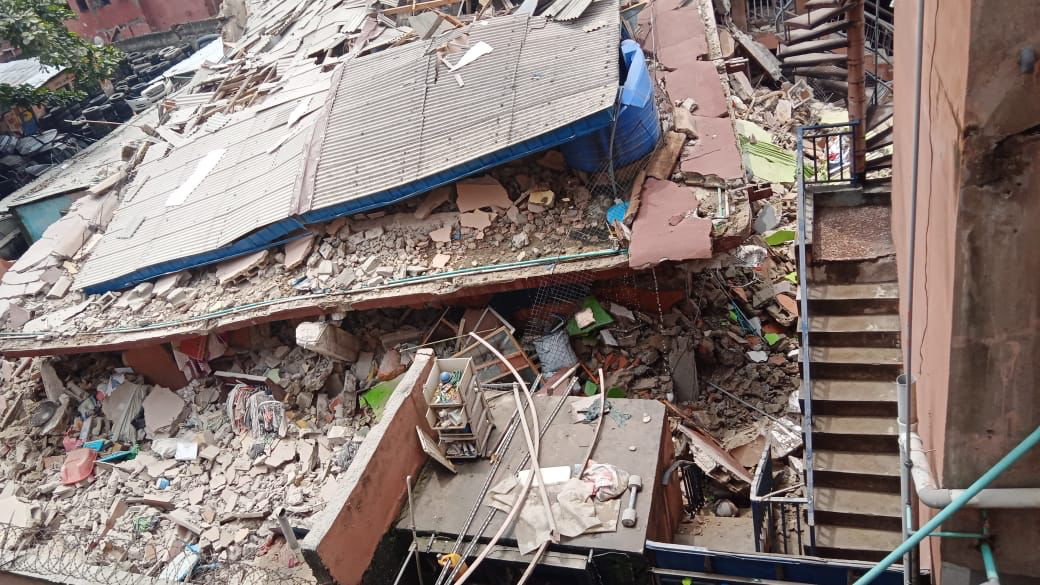 A building on Sonuga Street, Palm Avenue, in the Mushin area of Lagos, has collapsed.

The spokesperson of the Lagos State Emergency Management Agency, Nosa Okunbor confirmed the development to PREMIUM TIMES on Friday.

He said they are on their way to the scene and would send the details later.

As of the time of filing this report, it could not be established the number of floors of the collapsed structure or if anyone was trapped under the debris.

Recently, six bodies were recovered after a seven-storey building under construction collapsed.

Two weeks after the incident, the authorities are yet to identify and arrest the developer and others.

In Lagos, the news of buildings collapsing has become a usual occurrence.

In November, at least 44 people died when a high-rise building crumbled.

In May, eight bodies were recovered after a three-storey building collapsed in Ebute-Metta.

Another building in the Ago Palace Way area of Lagos State collapsed on May 7.

In August, there was another building collapse leading to the death of two children.