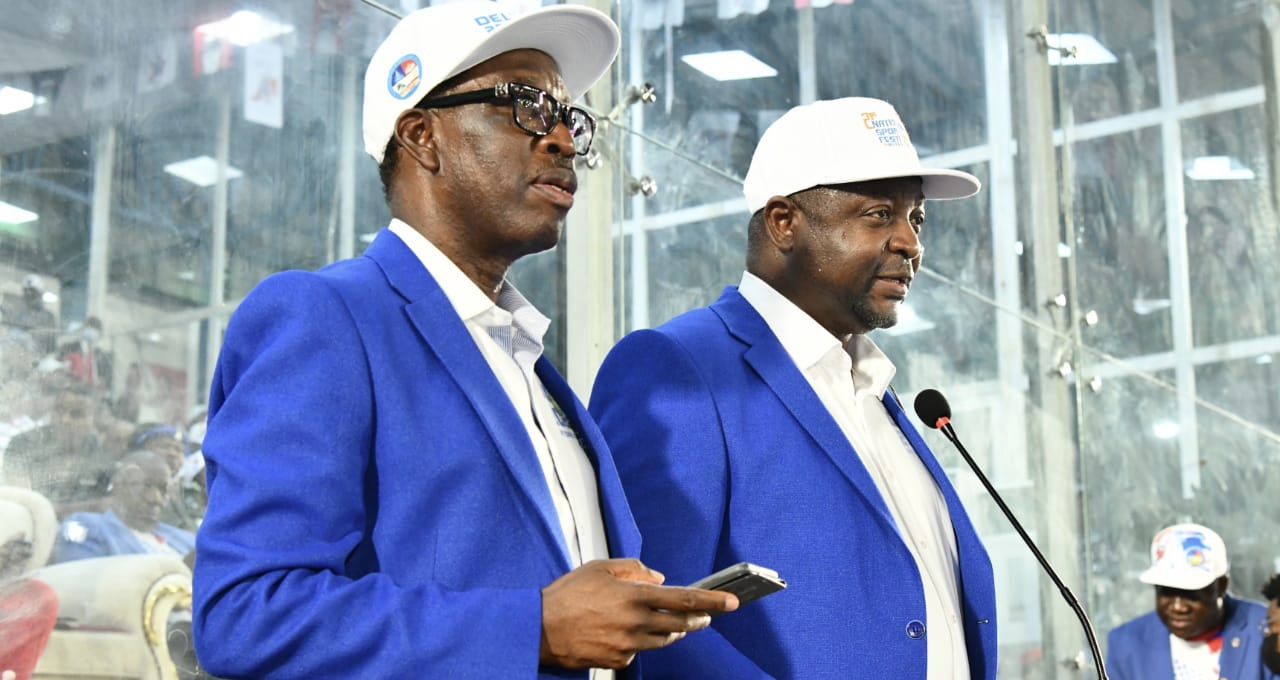 President Muhammadu Buhari has declared the 21st National Sports Festival tagged Delta 2022 open with a charge to all participating athletes to compete fairly, shun all forms of anti-social behaviour and the use of performance-enhancing substances so as to come out magnanimous in victory and gracious in defeat.

The President who gave the charge today at the Stephen Keshi Stadium Asaba, Delta State, disclosed that the ceremony, is  another landmark achievement of his administration in the area of sports development in the country.

The President who was represented by the Minister of Youth and Sports Development, Mr Sunday Dare, commended all the Stakeholders and Delta State Government in particular, for working assiduously to deliver a successful Festival that the nation can be proud of, calling on other States to emulate them.

He explained that since the inception of the National Sports Festival in 1973,  was one of the measures that the Federal Government introduced in the aftermath of the civil war to renew the fabric of our social cohesion and to promote our common destiny as a people, stressing that the architects of the Festival recognized the unifying power of sports and sought to create a platform that would bring young Nigerians together in an edifying contest of wits, will and skill”

The President who thanked the Government and people of Delta State for keeping their promise of hosting the festival in line with the dreams of the founding fathers, such as General Yakubu Gowon, late Major General Henry Adefope, Brigadier General Samuel Ogbemudia among other illustrious patriots who brought this great event into being, noted that his administration believes in providing an enabling environment and equal opportunity for every Nigerian, irrespective of where he or she is from.

“This is one of the reasons why in the last two editions of the Festival, every restriction hitherto placed on the participation of Nigerians in the diaspora was expunged from the rule book, thus creating an opportunity for all Nigerians, wherever they are based in the world, to come home and participate in this biennial event.

He affirmed  that the cardinal objective of his administration is the pursuit of youth development through initiatives that empower and create jobs as a lynchpin of our national development goals which is why the National Sports Industry Policy was approved by the Federal Executive Council.

Sports sector he added,  must become a business from which we will reap untold dividends in employment, manufacturing, investments, and increased national productivity”.

He therefore called on the private sector to join hands with government in opening a new chapter in our sporting history by investing massively in this sector, stressing further that Sports can absorb the dynamic energies of our youth, give them a sense of purpose and pride and provide platforms for them to demonstrate their gifts on a global stage.

The President observed further that throughout its history, “the National Sports Festival has been the nursery and breeding ground of some of the most legendary names in the annals of our sports history. Super stars like Innocent Egbunike, Chidi Imoh, Henry Amike, Yusuf Ali, Davidson and Osmond Ezinwa, Mary Onyali, Falilat Ogunkoya, Faith Idehen and Beatrice Utondu, among others, emerged through this Festival using it as a springboard to international stardom.

Many of these remarkable men and women, he said,  went on to enjoy highly decorated careers as record breakers and record makers” and thus called on the athletes at this Festival, to follow the examples of these stars so as to achieve greater heights in history.

Earlier in his welcome address, the Executive Governor of Delta State, Senator (Dr) Ifeanyi Okowa commended the President Muhammadu Buhari-led Administration for granting the State the hosting rights for the 2022 edition of the Festival

While assuring of a hitch-free Festival, Governor Okowa appreciated the Main and Local Organizing Committees for the months of sacrifice, dedication and planning with a view to meeting the aspirations of the Councils and Nigerians, as well as the preparations that have gone into making the occasion a success.

Also speaking, Dare stated that the National Sports Festival is the biggest sports fiesta in Nigeria, where both professional and home-based athletes converge to display their prowess  as well as serve as one of the avenues where young talents are discovered and nurtured for the Podium.

Represented by the Permanent Secretary of his Ministry, Alhaji Ismaila Abubakar, Dare thanked the Delta State Government for accepting to host the Games as well as 36 States of the Federation and FCT for their participation and said that globally, sports has gone beyond recreational activities to business. “As such, his Ministry will  work assiduously to ensure that sports in Nigeria has also  reclassified to a business.”