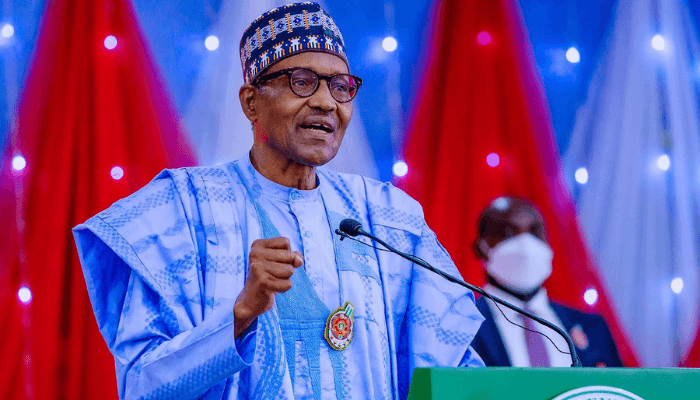 President Muhammadu Buhari has urged African leaders to optimise the continent’s huge youthful population for the growth of Africa.

“The African continent is blessed with a large youth population that can meet our labor shortages,” Mr Buhari said.

“Therefore, we need to tap into this abundant human resource by providing our youth with quality education that is relevant to their goals and meets the requirements of the labor market.”

Twenty heads of state and government as well as their representatives attended the African Union Extraordinary Summit on Industrialization, Economic Diversification, and the AfCFTA in Niamey.

“Not so long ago, the juxtaposition of the words industrialization and Africa might have seemed incongruous. Today, the question it raises is mainly one of ways and means,” said Nigerien President Mohamed Bazoum, the summit’s host.

“This in itself is proof that we are on the right track. A Nigerien proverb says, ” You cannot stop a river,” he added.

Mr Bazoum called on African countries to entrench the rule of law to catalyze the emergence of the African private sector, unleash the energies of African entrepreneurs, and simplify the business environment.

“Inclusive, coherent, and sequenced industrialization that we want cannot be imposed and can only be achieved by creating synergies between the private and public sectors to empower small and medium sized enterprises and create quality jobs. .”

For President Paul Kagame of Rwanda, the way forward on industrialization entails investment in energy and infrastructure.

“The pace of industrialization in Africa is still too slow to achieve Africa’s development goals under Agenda 2063,” he said. “We need to invest more of our national budgets in industrial policy, and significantly increase energy and infrastructure capacity.”

In a speech read on his behalf, AfDB President Akinwumi Adesina noted that free trade areas had brought prosperity worldwide not by trading low-value products, but by industrial production.

“It is, therefore, clear that Africa’s prosperity must no longer depend on exports of raw materials but on value-added finished products,” said Mr Adesina, who was represented by Marie-Laure Akin-Olugbade, African Development Bank acting vice president for Regional Development, Integration and Service Delivery.

“Across Africa, we need to turn cocoa beans into chocolate, cotton into textiles and garments, coffee beans into brewed coffee,” he said, adding that AfDB was investing $25 billion to transform the continent’s agricultural sector and unlock the agribusiness market, which is expected to reach $1 trillion in value by 2030.”

The bank chief also detailed efforts to develop spheres that will boost Africa’s industrialization and economic diversification, including the energy, health, natural resources, and pharmaceutical sectors.

“Africa has an abundance of natural resources, oil, gas, minerals and metals, as well as a vast blue economy that needs to be rapidly industrialized. The future of electric cars in the world depends on Africa, given its vast deposits of rare mineral resources, including lithium-ion, cobalt, nickel and copper. The size of the electric vehicle market has been estimated at $7 trillion by 2030 and $46 trillion by 2050. Building precursor facilities for lithium-ion batteries in Africa will cost three times less than in other parts of the world,” he said.

During the summit, the African Development Bank, the African Union, and the United Nations Industrial Development Organization launched (https://bit.ly/3Ul8mBC ) the inaugural Africa Industrial Index. The joint report showed that 37 out of 52 African countries have industrialized over the past 11 years. The study provides a country-level assessment of the progress made by the 52 African countries based on 19 key indicators.

The 19 indicators in the index cover manufacturing performance, capital, labor, business environment, infrastructure, and macroeconomic stability. The index also ranks the level of industrialization of African countries along various dimensions such as capital, labor endowments, institutions, infrastructure, and macroeconomic stability, amongst others.

READ ALSO: How Maina was arrested in Niamey — Police

South Africa maintained a very high ranking throughout the 2010-2021period, followed closely by Morocco, which is in second place in 2022. Egypt, Tunisia, Mauritius and Eswatini complete the top six over the period.

The report will help African governments to identify benchmark countries to better assess their own industrial performance and adopt best practices more effectively, the statement said.