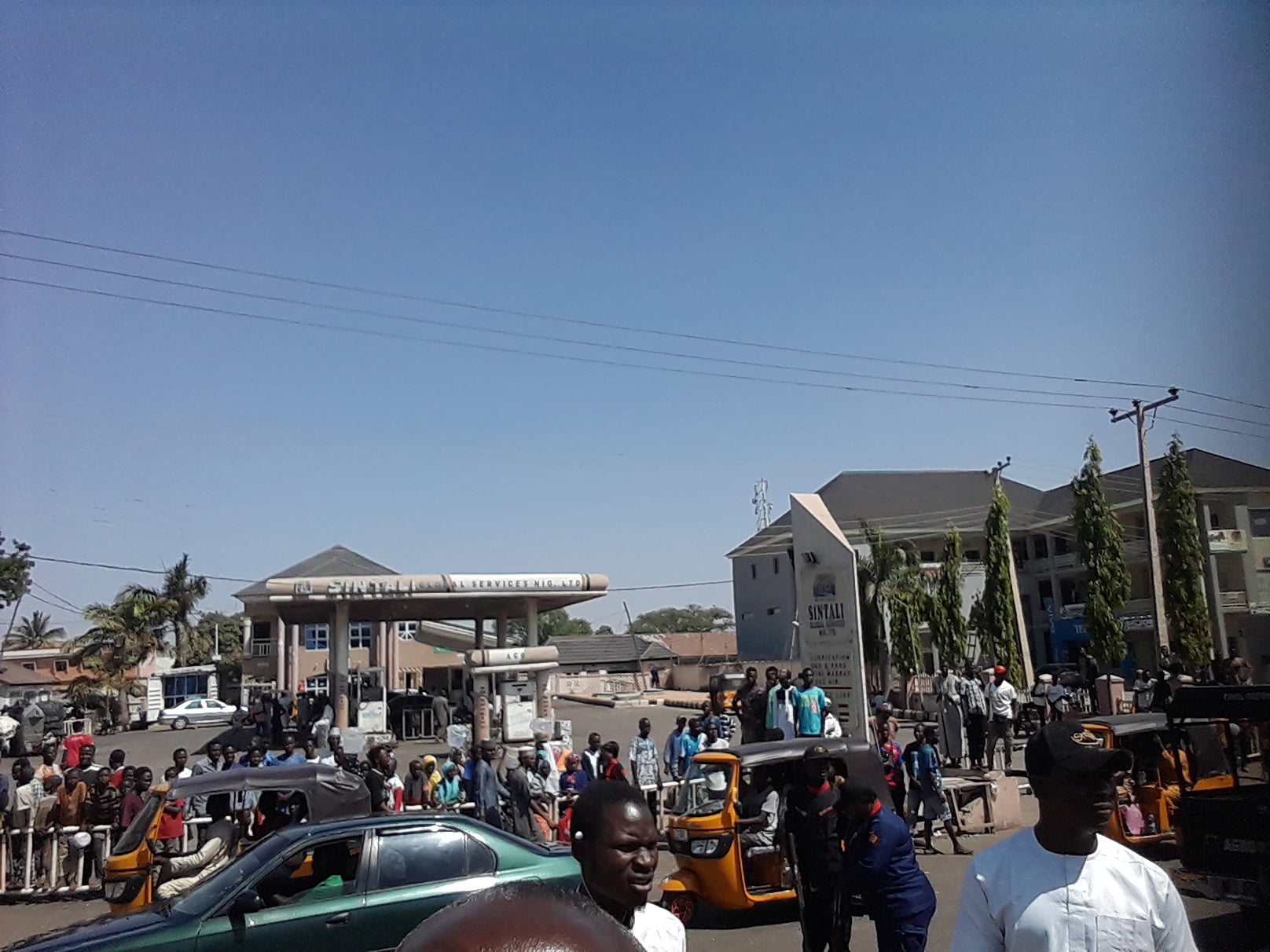 Economic activities were on Monday grounded in Jalingo, Taraba State as University students protested the alleged lack of attention by the government.

The Taraba State University, TSU students who were supposed to begin their first-semester examination said they are aggrieved over the failure of the government to address the plights of lecturers.

The students who took over the state capital in a rally called for the impeachment of the state governor, Arc. Darius Dickson Ishaku.

Though heavily armed security operatives were deployed all over the city, the students who matched to the government House, brought down all posters and billboards carrying the logo of the Peoples Democratic Party (PDP)

The students also burned tyres along the major roads of the Jalingo metropolis, halting vehicular movement and creating traffic gridlock.

For fear of being hijacked by hoodlums, shops and store owners along all the major roads shut down their businesses as the protest progressed.

Some of the students who spoke to DAILY POST said they would continue to protest pending when the state government deems it fit to address the plights of the lecturers.

Recall that the lecturers recently staged a peaceful protest in the school premises demanding their unpaid ten months’ salaries and allowances.

The University staff led by the NASU Chairman, Solomon Ishaya Audu and the SSANU Chairman, Bitrus Joseph Ajibauka during the protest presented a letter to the vice Chancellor Professor Sunday Bako, expressing sadness at the manner the government of Ishaku allegedly relegated them.