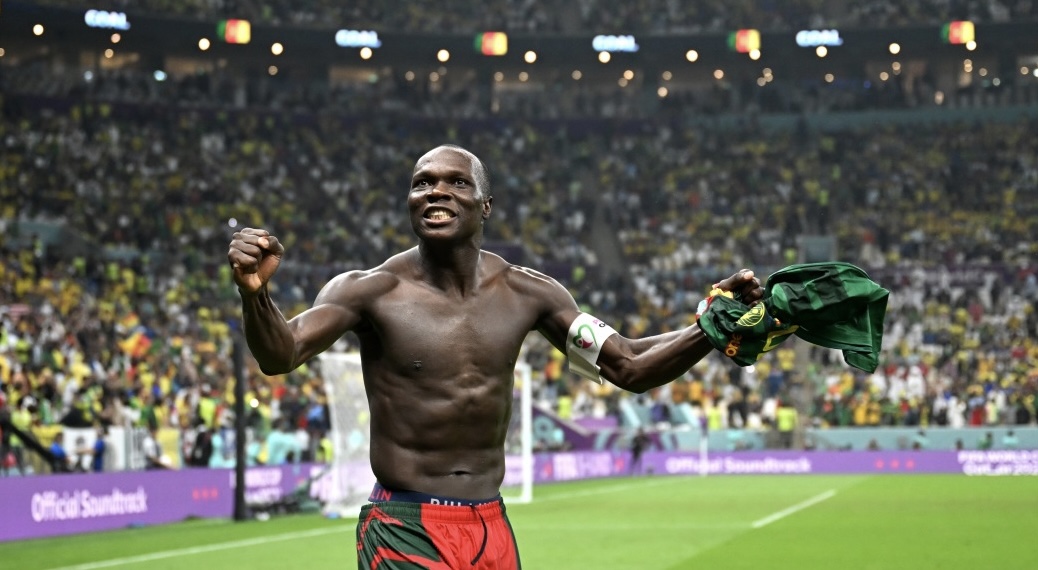 Cameroon are out of the World Cup despite an incredible victory against Brazil.

Bryan Mbeumo saw a first-half header was kept out by a fantastic save from Ederson.

Gabriel Martinelli had a chance of his own for Brazil soon after, seeing a curled effort tipped over the bar.

But it was Vincent Aboubakar who opened the scoring, heading his side into the lead before being handed a second yellow card and being sent off after taking his top off to celebrate.

However, the African side are out despite winning as Switzerland came out victorious against Serbia in the other match in Group G.