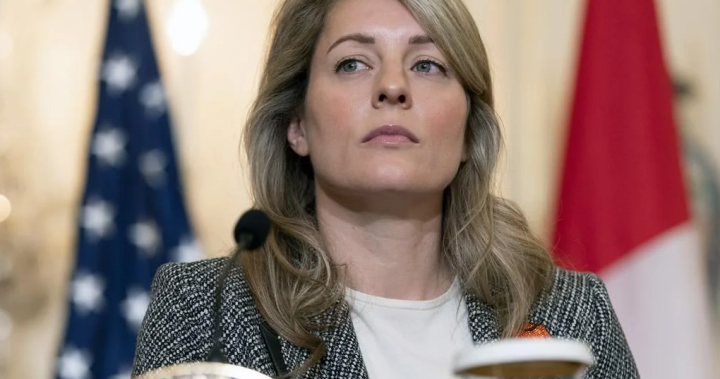 This is Canada’s latest package of sanctions against the Iranian regime since early October due to “its ongoing gross and systematic human rights violations and actions that continue to threaten international peace and security,” a press release stated.

“We affirm our solidarity with the people of Iran, who have bravely called out the regime for its human rights abuses — especially those of women and girls,” said Foreign Affairs Minister Mélanie Joly in a statement.

The list of newly sanctioned individuals and entities includes the following:

Also on the list of expanded sanctions are the Paravar Pars Aerospace Engineering Services and Research Company, and the Design and Manufacturing of Aircraft Engines Company (DAMA).

The final individual on the new list is Mohammad Javad Azari Jahromi, who is Iran’s minister of information and communication. The U.S. Treasury Department has described him as “a key player in the regime’s censorship and surveillance campaign.”

According to Reuters, the United Nations said on Nov. 29 that more than 300 people have been killed so far and 14,000 arrested in protests that began after the Sept. 16 death in custody of 22-year-old Kurdish woman Mahsa Amini.

Although the protests first focused on Iran’s mandatory headscarf, or hijab, they have since transformed into one of the greatest challenges to the ruling clerics since the chaotic years following the 1979 Islamic Revolution.


— with files from Reuters, The Associated Press and Global’s Rachel Gilmore