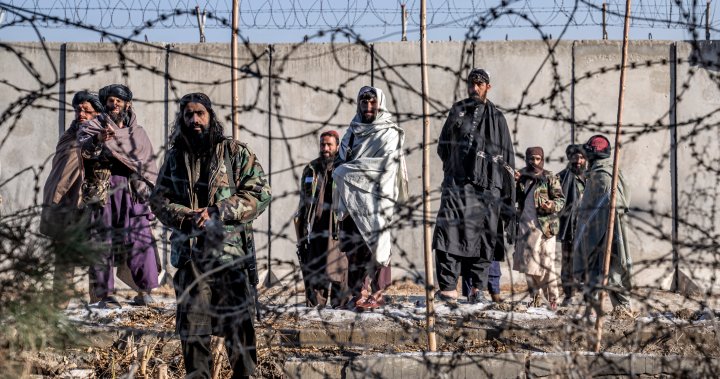 Afghans who are facing immediate, high risks from the Taliban should be brought straight into Canada now, an advocate says.

Canada can worry about identification checks, such as fingerprinting, afterwards, Tim Laidler of the Veterans Transition Network told host Mercedes Stephenson in an interview for The West Block.

“What I’d really like to see is the Canadian government fly Afghans directly from Afghanistan to Canada, and as a public, we accept the risk that there may be some people on those planes that shouldn’t be here,” Laidler said.

At-risk Afghans are facing serious bureaucratic hurdles as they attempt to seek refuge in Canada, Laidler explained. As it stands now, Afghans must go to a third country — one that has a Canadian embassy — in order to be fingerprinted.

To enter that third country, they need to secure an Afghan passport and a visa. But, Laidler said, “most countries will not allow Afghan passport holders to come in or be granted a visa.”

Some in the Canadian government are concerned about the “risk” involved if it doesn’t identify refugees before flying them to Canada, Laidler said. But they could be fingerprinted upon arrival and, if the government doesn’t like what they see, they can “send them back.”

“It’s not something Canada likes to do because it’s a very difficult process with refugee law and all those other things,” he said.


Canada can deport anyone who is not a citizen, for reasons including criminality, exhausting attempts to obtain permanent residency and non-compliance with immigration laws.

The federal government has suspension or deferral designations for countries or regions deemed dangerous but may still deport people to them because of criminality, security risks or human rights violations.

Laidler says it’s worth taking a chance on Afghans in need.

“I think the risks are so high that we should be pushing for all the remaining people who we’ve said can come to Canada to get their fingerprints done in Canada and not go through a third country.”

NDP MP Heather McPherson, who appeared on the West Block panel alongside Laidler, said she would “absolutely” support this push.

“There are solutions. The government’s not taking those solutions,” she said.

The former lawmaker, a fierce advocate for women and girls in the region, was shot and killed by gunmen in her Kabul home on Sunday — the first slaying in the capital of a lawmaker from the previous administration since the Taliban’s takeover.

Eight other former lawmakers, all women, are still waiting to reach safety.

“These women are at risk. We know who they are. They are in a different scenario and could be brought out immediately,” McPherson said.

“We could get them to safety immediately. And that’s what I’m going to continue to push for, working with my colleagues from all parties.”

Meanwhile, Prime Minister Justin Trudeau has pledged to “continue working to make sure that the most vulnerable people are able to get out.”

“At the same time, we have to recognize that the Taliban is not allowing people to leave, it’s putting people at risk,” he added, speaking to reporters on Tuesday.

“So our ability to do that is extremely limited.”

— with files from Reuters