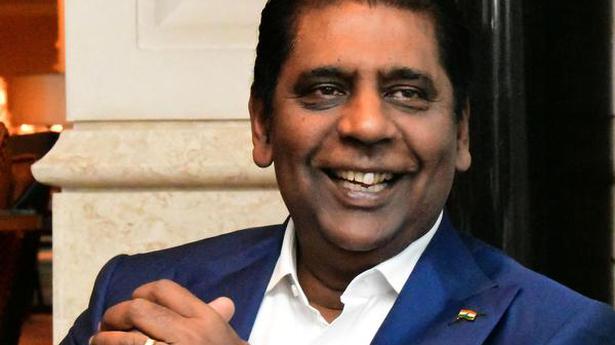 Chief Minister M.K. Stalin handed the approval letter that will see the first WTA 250 event in Tamil Nadu since 2017, from September 26 to October 2 this year

Chief Minister M.K. Stalin handed the approval letter that will see the first WTA 250 event in Tamil Nadu since 2017, from September 26 to October 2 this year

Chennai will be back on the international tennis map for the first time since 2017 with a WTA 250 event to be held from September 26 to October 2.

Speaking to The Hindu, Vijay Amritraj said, “we are grateful to the Chief Minister for his support. He has been brilliant and the pace at which we have been able to get everything sorted out is incredible.”

“Only the final formalities, paperwork and protocols remain to be worked out with the WTA and the tournament owners,” he said.

Amritraj said, “after my first meeting with the CM, where he was very keen to host an international sporting event, we were able to find a slot, especially with events in China getting cancelled.”

The APG group, based in Hong Kong, is one of the tournament owners from whom the TNTA will lease the event and has requested that it be moved to Chennai from China.

“The work on getting the stadium ready is going on in full swing and we want to put TN on the global map and show the beauty of the State,” Amritraj said.

On the tournament format, Amritraj said, “It will be a draw of 32 for the singles with 24 direct entries, four wild-cards and four qualifiers. We will have 24 entries in qualifying and 16 entries in the doubles section.”

Chennai hosted an ATP Tour 250 event in the first week of January from 1997 to 2017 before the tournament was shifted to Pune.