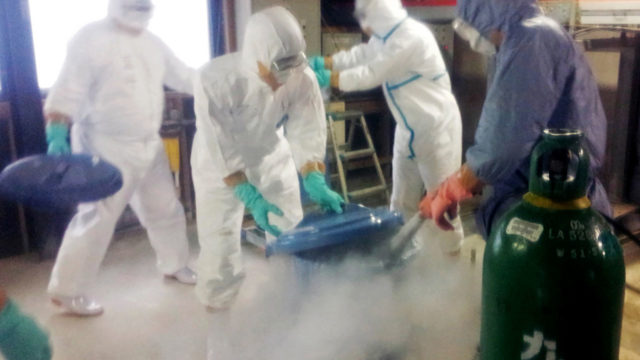 A clinician and consultant pharmacist and a fellow of the West African Postgraduate College of Pharmacists, Dr. Joseph Madu, has made recommendations on how to contain the threat of bird flu as the next pandemic.

Madu, who is also the National Chairman, Clinical Pharmacists Association of Nigeria (CPAN), reacting to a report from Israel that bird flu may be the next deadly pandemic, told The Guardian: “The implication of a bird flu outbreak, with regards to efforts to contain COVID-19, is that our already fragile health care system could be further stretched beyond its limit.

“Currently, there are shortages of health workers of different cadres due to deaths from contracting COVID-19 and also brain drain, as others seek greener pastures abroad.

“It will likely be very difficult for the current numbers of health care workers in the country to cope with the challenges of bird flu cases while struggling with the negative impact of COVID-19.

“Also, the number of health facilities on the ground to manage COVID-19 cases are not sufficient, talk more of adding the burden of bird flu, also known as Avian Influenza.

“This is part of the reason certain special private health care facilities such as licensed community pharmacies were approved for use as vaccination centres for COVID-19 and are also being expected to be officially recognised by the government for use for other primary health care activities, just as obtainable in most countries with enviable good health indices.

“Economically speaking also, government and individuals are yet to recover from the economic downturn due to COVID-19. The outbreak of Avian Influenza will further worsen the economic situation of the government thereby probably resulting in an economic recession if not well managed.”

Madu, however, said it eases the mind to consider that non-pharmacological intervention to reduce morbidity, mortality and social disruption in the event of bird flu outbreak are quite similar to the COVID-19 protocols that people are already used to.

He said activities such as quarantine of suspected cases, avoidance of mass gatherings, closure of schools and markets etc., are measures that are already well known and proven to stop the spread of COVID-19. “Hence with such in mind, we will be a little bit more prepared to contain the outbreak of bird flu in Nigeria,” Madu said.

On what Nigeria should do to avert another pandemic, the clinical pharmacist said: “Reduce the possibilities for human infection by educating the populace on the risks of infection transmission and prevention measures such as hand hygiene, how to handle and dispose of infected birds, thorough washing and cooking of bird meat or eggs, and cooking properly before consumption.

“Contain or reduce the eventual spread by ensuring the availability and quick access to antiviral medications. Nigeria should set up a surveillance system at the federal, state and local council levels to track any cases of bird flu. There should also be a collaboration between the Federal Ministry of Health and the Federal Ministry of Agriculture for effective surveillance.

“There should be immediate creation of massive awareness and enlightenment campaigns on prevention of bird flu, through the various electronic, print and social media platforms.”

On how probable the threat of bird flu is, as next pandemic, Madu said: “The threat is a highly probable; one because of migrating birds in large numbers from areas with an epidemic of bird flu to Africa and Europe as a destination.

It is important to note that only one case of bird flu not handled properly is enough to cause a widespread. This is why everything possible must be done to also separate wild birds from domestic birds. Though human to human transmission of bird flu is rare, anyone infected should be closely monitored and treated by a qualified health care provider.”

MEANWHILE, Israel’s National Security Council had assumed control of a massive bird flu outbreak in the Galilee, which scientists warned could become a “mass disaster” for humans.

Over half a billion migrating birds pass through the area every year, heading for warm African winters or balmy European summers, making this a catastrophic location for a major bird flu outbreak—right at the nexus of global avian travel. The virus can be deadly if it infects people. The World Health Organisation says more than half of the confirmed 863 human cases it has tracked since 2003 proved fatal. Most strains or variants of avian flu, H5N1, are relatively difficult to transmit to people.

Yossi Leshem, one of Israel’s most renowned ornithologists, told The Daily Beast, however, that it is the ability of these viruses to mutate into new strains that pose such a threat, as we have seen with the coronavirus. So far, at least 5,400 wild cranes have died infected with the new H5N1 avian flu, which Israeli authorities fear could expand into a global emergency.