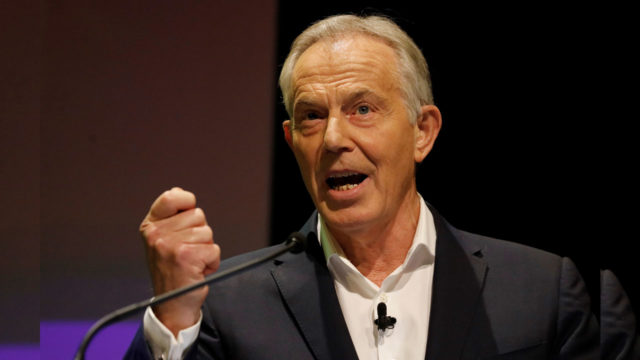 The COVID-19 pandemic has exposed Africa’s developmental challenges, according to former British Prime Minister Tony Blair. Addressing a virtual audience in Abidjan on the topic, “Building Back Better in Post-COVID-19 Africa: The Role of Technology and Governance” organised by the

African Development Institute in Abidjan as part of the Kofi Annan Lecture Series, Blair observed: “We have the same problems, but what we also have is vastly increased urgency, not so much a wake-up call, but a wake-up command.”

It added that forums have been for eminent persons to share insights on growth impediments on the continent, adding that over 4,500 delegates globally participated in the recent lecture.

In his remarks, AfDB’s Chief Economist/Vice President for Economic Governance and Knowledge Management, Rabah Arezki, described the onerous task as “vast and challenging.”

Blair implored the second largest continent to massively invest in industrialisation, accelerate technological innovations and building capacity for institutions to get things done.

His words: “There are components to the bank’s High 5 priorities. All of those things which define the challenges that Africa has – all of those – are now given added urgency by COVID-19 and its impact.

“To build back better, West Africa, for instance, could capitalise on its rich source of cotton for garment production and the textile industry. Elsewhere on the continent, Africa was already leading in the digital technology space which can be scaled up.

“Around the world, you are seeing governments use technology effectively. I know this is a great ambition of the African Development Bank. This is critical.”

The ex-premier, however, highlighted the four Ps of government delivery to include prioritisation, policy, personnel and performance management .

On prioritisation, the Briton called on African governments to leverage their comparative edges for expansion.

“In the end, only Africa can do it, we are partners in Africa’s story and progress,” he stated.