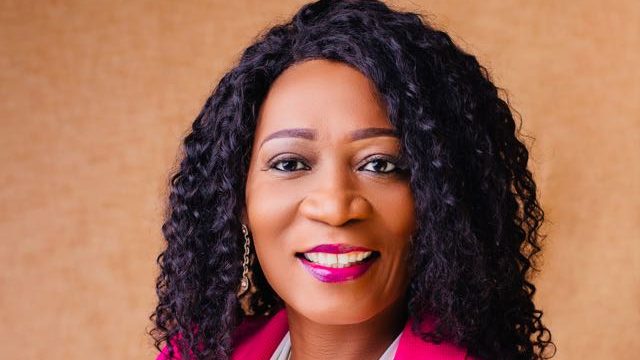 We live in a knowledge-based society, and the more critical you think the better your knowledge will be. Critical Thinking provides you with the skills to analyze and evaluate information so that you are able to obtain the greatest amount of knowledge from it. It provides the best chance of making the correct decision, and minimizes damages if a mistake does occur.

Critical Thinking will lead to being a more rational and disciplined thinker. It will reduce your prejudice and bias, which will provide you a better understanding of your environment. You will be able to evaluate, identify, and distinguish between relevant and irrelevant information. It will lead you to be more productive in your career, and provide a great skill in your everyday life.

Open-mindedness is the virtue by which we learn. In particular, being open-minded means taking into account relevant evidence or arguments to revise a current understanding. It means being critically open to alternatives, willing to think about other possibilities even after having formed an opinion, and not allowing pre-conceived notions to constrain or inhibit reflection on newly presented information. Open-minded inquiry is a central theme in education.
In critical thinking the step of analysis helps us to discriminate and access information. Learning occurs in three domains: cognitive, affective, and psychomotor. In the cognitive domain, analysis involves the process of discriminating or separating. It gives us the ability to break down the complexity of an item or idea, and allows us to gain a better understanding.

Logic and reasoning are similar but not the same. Logic is the branch of philosophy that gives the rules for deriving valid conclusions. A conclusion is valid if it follows from statements that are accepted as facts. For instance, a logical statement might be, 1 + 1 = 2.

This is a rule based on fact. Factual statements are called premises. When reasoning does not follow the rules, we say it is illogical.

One of the first steps in developing non-linear thinking is to step out of your comfort zone. Basically, this concept involves seeing information or circumstances from a different perspective. A zone is defined as an area set apart in some way. In critical thinking and problem solving we sometimes have to get out of the areas or zones that make us comfortable and stretch our thinking. An important step in problem solving is taking the time to acquire the necessary information. Often, we tend to jump to conclusions before we have all of the facts. How can we use our understanding of logic to gather all the necessary facts? Remember, the premises are the facts or statements that help us come to conclusions.

“Be the change you wish to see,” is a common slogan on bumper stickers. With so many events happening on an international and national level each day, change is simply a standard course in businesses. We can always expect changes in organizations. Nothing stays the same, and we sometimes are in the position where we the ones initiating the change. The question in today’s culture is not will change occur in an organization, but how well are employees at adapting to change. Employees protect themselves from becoming obsolete by changing. Adaptation is a survival skill of nature. The species, which survive in an environment are those, that are capable of adapting well.

Logical thinking is a process, which involves steps. In general, logical thinking involves checking the components of the argument and making connections between them, which is what we call reasoning. The four major steps of logical thinking are 1) asking the right questions, 2) organizing data, 3) evaluating the information, and 4) drawing conclusions. The first step in logical thinking should begin with asking the right questions. Based on the components of critical thinking, the logical thinker should begin reasoning by asking many questions. An important question to ask is “What are the premises?” If we are confused about the premises, we may make mistakes further down the line in the logic process. We should distinguish between whether the statement is a fact or a value, what should or ought to be the case, and be alert to not confuse the two. Finally, we should check to see if any premises or vital information is missing. A key point to remember is that no conclusions can be made without premises.

After organising the information, the logical thinker can proceed with evaluating it. Evaluating information involves determining whether the information is valid. Conclusions cannot be made until a distinction is made between truth and validity. People often have trouble separating what is valid from what is true because of their ingrained beliefs. Belief bias occurs when an individual’s belief system interferes with their ability to come to a logical conclusion. Confirmation bias is the tendency to use information to support your hypothesis about a problem.

Once the data has been collected, organized, and evaluated, we can then draw conclusions. Recall that in deductive reasoning, conclusions are inferred based on valid premises. In inductive reasoning, we use observations to draw conclusions or a hypothesis. Inferences naturally flow from the evidence. In making inferences, the logical thinker should be certain not draw more or less than what is implied, instead infer only what the data implies, check to ensure inferences are consistent and identify underlying assumptions

Some of the characteristics of critical thinkers include: Active Listening; Curiosity; Self-Discipline and Humility. Active listening means the listener is completely engaged in what the speaker is communicating and judging what is being said. The listener is not formulating his rebuttal or responses to the speaker, or even worse thinking about something else unrelated. Some scholars believe that Socrates ultimate goal was not so much to advocate his methods, but to advocate self-improvement and to spark curiosity. The main goal of a teacher is to spark curiosity and engage their students. There are many methods to engage curiosity but they all essentially involve raising a question. For instance, Einstein prompted his curiosity by asking questions about how matter and energy functioned.

Reasoning and rationale are often associated with self-discipline. Critical thinking is a self-disciplined and self-guided action. Critical thinking requires the individual to use his or her own reasoning skills and have the ability to evaluate and reflect. One important thing to consider is that people who are critical thinkers commonly are also more empathetic and aware of their world. They show a commitment to self-development and strive to make their environment a better place. Humility is defined as the “quality of being modest of opinion or estimate of one’s own importance.” Humility is the opposite of arrogance. Humility relates having an open mind. To be receptive to new information or opinions, the critical thinker would have to be modest of their own opinion. Being humble allows you to accept and see information in a way that is not filtered through your ego.

•Prof. Akindotun Merino is the CEO of Jars Education Group; a Professor of Psychology and a Mental Health Commissioner in California.