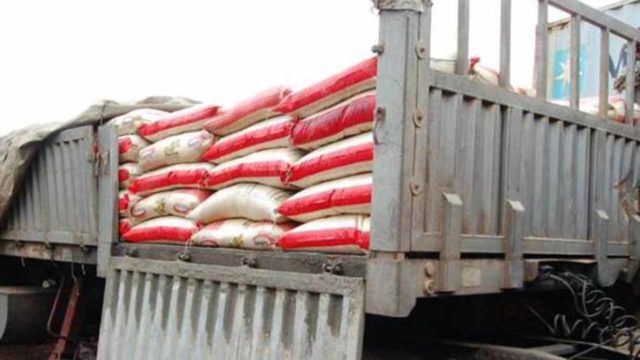 The Nigerian Customs Service has warned smugglers to desist from attacking officers on lawful duty as it launched an investigation to unravel those behind the recent attacks.

For the second time in two weeks, smugglers attacked officers of the Federal Operations Unit (Zone A) of the Nigeria Customs Service (NCS), injuring three.

The Unit’s Public Relations Officer, Theophilus Duniya, in a statement said the smugglers mobilised mobs to attack their officers but they were able to repel the attack and move the intercepted smuggled items to the unit headquarters, Ikeja.

Duniya said: “At about 500 hours on Wednesday, 17th February 2021, daredevil smugglers attacked a patrol team of officers of the Federal Operations Unit Zone A, who were on lawful duty.”

The officers who were on routine patrol intercepted vehicles fully loaded with smuggled frozen poultry products as well as foreign used vehicles, also known as tokunbo, along Aradagun end of Badagry- Seme expressway.

He said: “Our officers after the interception and attempt to evacuate the smuggled items to the office were attacked by mob mobilized by the smugglers.

“The mob attacked our officers with dangerous weapons such as broken bottles, stones, petrol bombs as well as assaulted rifles.”

“The officers were able to successfully evacuate the intercepted poultry products to the Unit’s Headquarters at Ikeja, while the injured officers are currently receiving treatment.”

Duniya who said the acting controller of the unit, DC Usman Yahaya, has ordered the intelligence unit to apprehend the perpetrators of the attack, warned smugglers to desist from attacking customs officers on lawful duty.

His words: “The Acting Controller of the Unit, DC Usman Yahaya, has directed the intelligence unit of the service to commence an investigation into the attack to apprehend the perpetrators and bring them to justice.

“Community leaders and parents are hereby, enjoined to enlighten their wards and youths about the criminality of obstructing officers on lawful duty.

“Officers and men of the Unit shall remain resolute at enforcing the customs extant laws. We are better equipped and determined with high morale to enforce the fiscal policies of the government, no matter who is involved,” he warned.