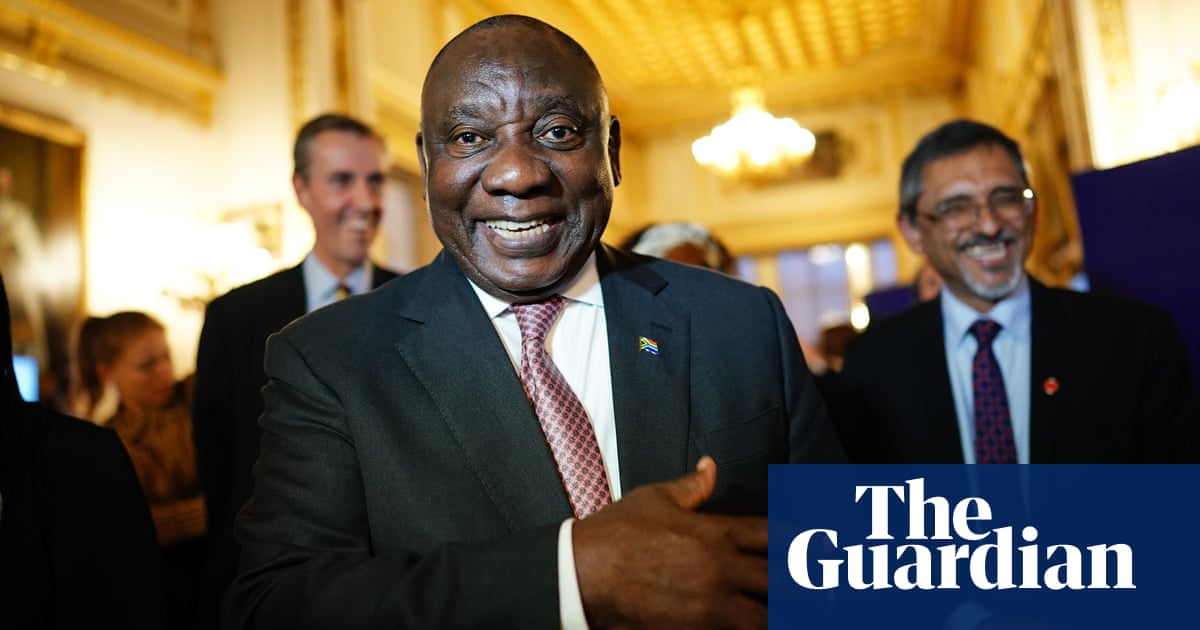 Farmgate scandal: what is it and why does it matter?

The South African president, Cyril Ramaphosa, is fighting for his political life as rivals and supporters face off in a divisive battle for control of the ruling party, the African National Congress.

The power struggle came after an independent panel appointed by parliament said there was evidence suggesting the South African president committed “serious misconduct” after millions of dollars in cash were reportedly stolen from his private game ranch almost three years ago.

The president has been accused of holding undeclared foreign currency, tax evasion, failing to inform police about the robbery and misusing state resources by ordering a senior presidential bodyguard to track down the culprits, who then appear to have been paid off.

Ramaphosa has cancelled all official engagements and was reported on Thursday night to be close to resigning over what has become known as “Farmgate”. Aides later told local media that the 70-year-old veteran politician and businessman was convinced instead to “fight, fight, fight” by close supporters within the ANC. He denies any wrongdoing.

On Friday, the finance minister, Enoch Godongwana, said he thought Ramaphosa was unlikely to resign, and sought to reassure financial markets. The South African rand has fallen sharply with fears growing of a protracted period of political instability that will hold back reforms to boost the country’s flagging economy.

Gwede Mantashe, the ANC chair, denied Ramaphosa was considering resigning and said the president was giving space for the report to be interrogated and tested.

“My own view is that it would be premature for the president to just step down without a due process,” Mantashe told local television station Newzroom Afrika.

Most ANC officials recognise that the party will suffer massive losses if Ramaphosa, who is popular among voters, does not lead its campaign into the 2024 general elections.

But two other ministers in Ramaphosa’s cabinet, Nkosazana Dlamini-Zuma, who narrowly lost the ANC’s 2017 leadership contest to Ramaphosa, and the tourism minister, Lindiwe Sisulu, who has campaigned to be elected ANC leader at the party conference this month, have called on the president to resign.

Zuma was forced out of power in 2018 amid widespread accusations of corruption and mismanagement, many later substantiated by a judicial inquiry. Officials have blamed his followers for instigating violent protests and looting last year, some of the worst violence for decades in South Africa.

Allies of the former president allies have mounted a fierce resistance to Ramaphosa’s premiership, accusing the former businessman of pandering to international capitalism and South Africa’s disproportionately wealthy white minority. The crisis represents their best chance to take control of the ANC since Zuma’s fall, analysts say.

More than 80 officials of the ANC’s decision-making national executive committee (NEC) failed to come to a decision on whether to back the president after hours of discussion at a conference venue in the south of Johannesburg on Friday.

Parliamentarians will vote next week on whether to initiate formal impeachment proceedings against Ramaphosa, an unprecedented step since a new constitution was adopted in South Africa after the fall of the racist, repressive apartheid regime 28 years ago.

As the ANC dominates the national assembly, opposition parties cannot get the two-thirds majority necessary, so the decision will depend on the balance of power within the ruling party.

Even if he survives the coming week, the scandal will have significantly weakened Ramaphosa, who came to power vowing to clean up the graft that has become entrenched in the ANC. The president has also insisted that any party official facing criminal charges of corruption leave office pending investigations and opponents now say he should do the same.

The three-member panel investigating the Farmgate allegations said Ramaphosa should face further scrutiny on his ability to stay in office. “In all the circumstances, we think that the evidence presented to the panel, prima facie, establishes that the president may be guilty of a serious violation of certain sections of the constitution,” its report said.

Ramaphosa has welcomed a separate police inquiry into the allegations. He has not been charged with any crimes.

The ANC will hold a conference this month to vote on whether to replace Ramaphosa as party leader or grant him a further five-year term that would allow him to continue as president and for a second term on the ANC ticket at the 2024 general elections.