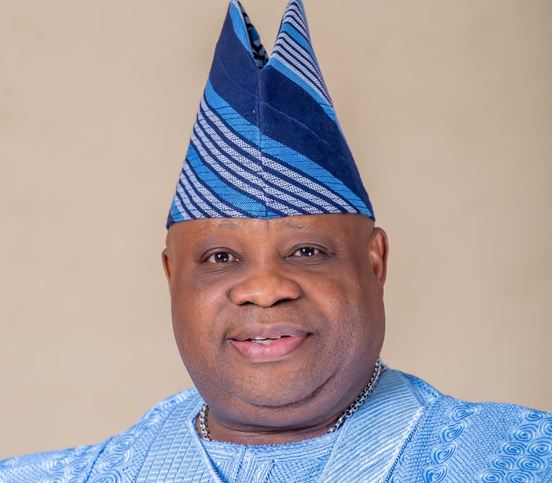 Indigenes of Ede, the home town of Osun Governor-elect, Ademola Adeleke, are in joyous mood ahead of his inauguration on Sunday, the News Agency of Nigeria (NAN) reports.

A NAN correspondent, who went round the town on Friday reports that all hotels and suites in the town had been fully booked, while most houses are wearing new look.

Also, many of the residents were seen in groups discussing the inauguration in different locations in the town.

Mr Adeleke, who was declared winner of the July 16 governorship election in the state by INEC, will be sworn in on Sunday.

A cross section of Ede indigenes, including artisans, market leaders, commercial transporters, told NAN that they had already paid for fabric to be worn for Sunday inauguration.

Tafa Adekilekun, a member of commercial motorcycle operators, said he and other members of his association paid N3,000 each for the purchase of the fabric for the inauguration.

Mr Adekilekun said his group had also bought a cow and other food stuffs to celebrate after the inauguration.

“The governor-elect is our son in Ede and the choice of the people.

“We see the inauguration as our own and we are set to celebrate the day just like Sallah and Christmas,” he said.

Another resident, Akintunde Ajayi, a Peoples Democratic Party (PDP) grassroots mobiliser, said members of the party at the ward levels had bought different attires for the inauguration.

Mr Ajayi said the party had also released funds for merry making in all the wards, adding that party members from other states were already in Osun for the inauguration.

NAN also reports that most of the hotels visited had been fully booked by guests and visitors for the inauguration.

At the Western Sun Hotel (close to the Adelekes’ country home) and other hotels in town, the rooms had been fully booked by guests.

Similarly in Osogbo, the capital, most of the hotels had been fully booked for the inauguration.

A visit to Ideal Nestle Hotel and Ripples Hotel, along Lameco Roundabout, showed that all the rooms were fully booked.

The managers of the two hotels, who spoke on condition of anonymity, said that all rooms in the hotel had been booked two weeks ago.

Also, Segun Akeju, the Managing Director, Ebenezer Hotel and Accommodation in Osogbo, said almost all the rooms had been booked by the guests coming for the inauguration.

Meanwhile, the Commissioner of Police in Osun, Faleye Olaleye, had assured residents of the state of adequate security before, during and after the inauguration of a new governor on Sunday.

A statement by Yemisi Opalola, the police spokesperson, quoted Mr Olaleye as giving the assurance while inspecting the Osogbo Township Stadium, venue of the inauguration.

Mr Opalola said that the commissioner had before the inspection held a meeting with security chiefs in the state, where they strategised on measures in place to provide adequate security in the state during the programme.