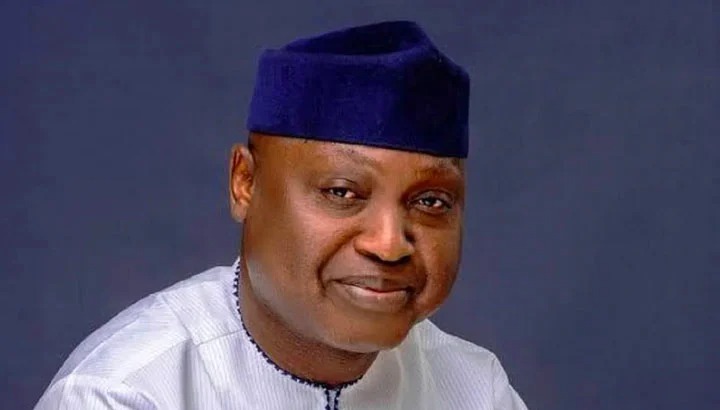 The Ekiti State government has reaffirmed its commitment to recognizing excellence at all levels of education throughout the state.

This was revealed by Dr. Kofoworola Aderiye, Special Adviser to the Governor on Education, Science, and Technology, at the awarding of financial scholarships to 12 secondary school students in her Ado Ekiti office.

Dr. Aderiye, who was represented by Mrs. Bosede Jegede, Executive Secretary of the Ekiti State Scholarship Board, stressed the state government’s commitment to upholding the international reputation that Ekiti has already established in the field of education.

The special adviser, who appreciated the sponsors of the scholarship, Ekiti Parapo UNILAG Estate Magodo 1, Lagos, for its support for the education of less privileged students, said that a cash scholarship award of N35,000 was given to each of the 12 outstanding students from 12 local government areas of the state based on merit.

While calling on well-meaning individuals and groups to support the efforts of government at making education attractive to everyone in Ekiti, the special adviser charged the beneficiaries to make judicious use of the cash support.

In his remark, the representative of Ekiti Parapo UNILAG Estate Magodo 1 Lagos, Prince Segun Famuagun said the group has a sense of responsibility to give back to the society, especially Ekiti State education sector in order to encourage students to do more in their studies.

He echoed that the annual scholarship of the group started in 2020 to assist secondary school students that are of Ekiti origin and to assist the state government in its little way to encourage the academic brilliance that Ekiti State is known for.

Speaking on behalf of the benefiting students, Master Ajimo Hammed from Ekiti State Government College, Usi Ekiti, appreciated the sponsors and the state government for encouraging brilliance through the scholarship and promised not to relent in their quests to make Ekiti State proud.

Mrs Afe Bolanle on behalf of the parents thanked the state government and urged the sponsors to extend the scholarship beyond 12 local government areas at its next edition to accommodate more beneficiaries.

There were goodwill messages from the executive secretaries of Agency for Adults and Non-Formal Education, Mrs Modupe Falade, and Board for Technical and Vocational Education, Mr Thomas Oguntunji.