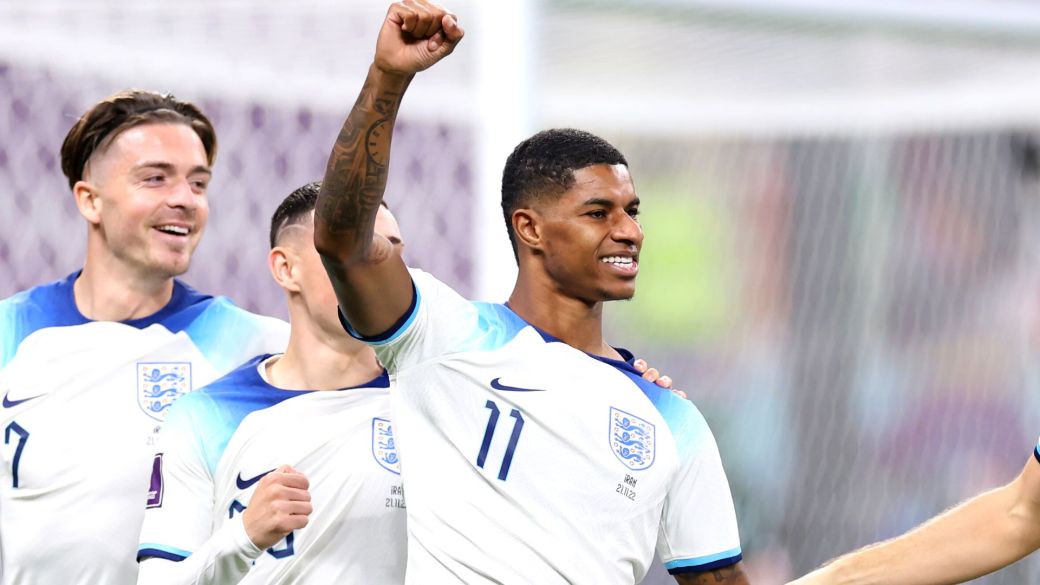 England got their World Cup campaign off to an almost perfect start with a 6-2 victory over Iran on Monday.

There was a long delay in the first-half after Ali Beiranvand suffered a head injury. The Iran goalkeeper tried to carry on but ended up having to be taken off as a substitute.

England soon went ahead through Jude Bellingham, who flicked a header into the Iran net. Bukayo Saka and Raheem Sterling both scored before the break.