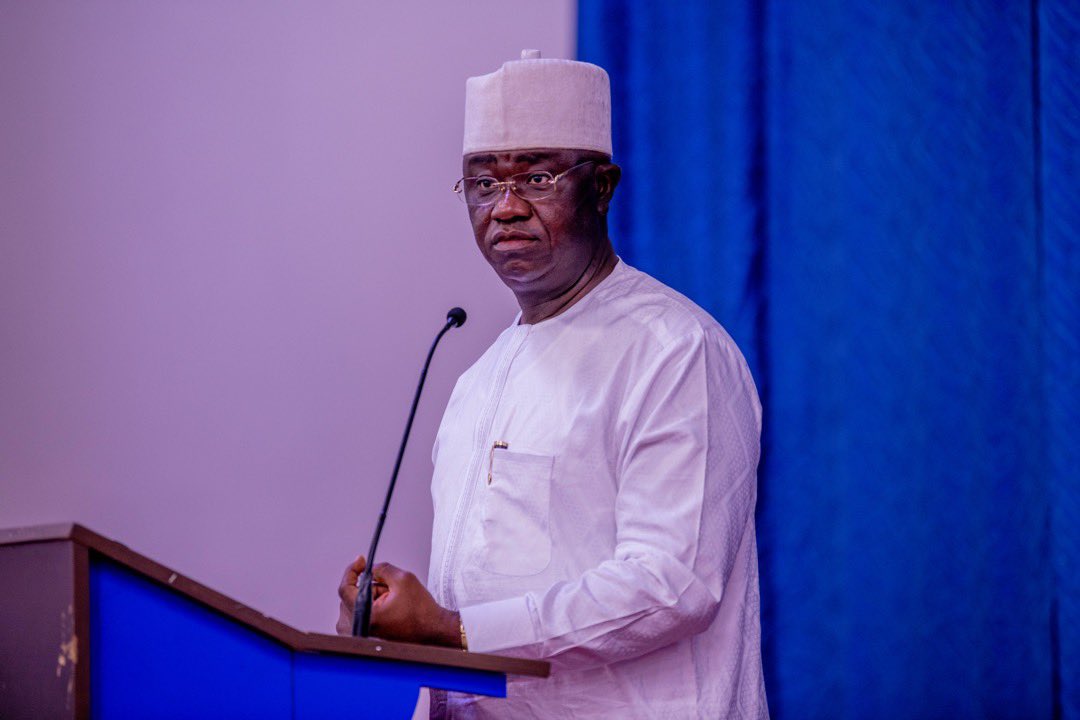 The federal government on Wednesday blamed state governors for the rising rate of poverty across the country.

Mr Agba blamed the governors for prioritising the construction of infrastructure such as bridges and airports in cities rather than improving the lives of the people in rural communities.

The minister explained that 72 per cent of the nation’s poor reside in rural communities but the governors have abandoned them to expend state resources on the capital cities.

“I think from the Federal Government’s side we are doing our best. But we need to say that rather than governors continuing to compete to take loans to build airports that are not necessary, where they have other airports so close to them, or governors now competing to build flyovers all over the place, we appeal that they should concentrate on building rural roads so that the farmer can at least get their products to the market.”

The National Bureau of Statistics (NBS) last week announced that over 133 million Nigerians live in poverty, adding that the figure represents 63 per cent of the nation’s population.

In its “Nigeria Multidimensional Poverty Index”, the NBS said over half of the population who are poor cook with dung, wood or charcoal, rather than cleaner energy.

Speaking about the findings of another survey conducted across the 109 senatorial districts nationwide, Mr Agba said Sokoto state ranked the highest on the poverty scale, followed by oil-rich Bayelsa State. He argued that the survey result showed that the issue is not about availability of money, “but it has to do with the application of money”.

He said: “In the course of working on the national development plan, we looked at previous plans and asked why they didn’t do as much as expected. We also looked at the issues of the National Social Investment Programme.

“At the federal level, the government is putting out so much money but not seeing so much reflection in terms of money that has been put into alleviating poverty, which is one of the reasons the government also put in place the national poverty reduction with growth strategy.

Speaking of high food prices, the minister said farm products were affordable at the point of harvest but became expensive due to the poor state of rural-urban roads.

He said: “In terms of agriculture, you find out that the federal government doesn’t have land that they would plant. The government has pushed for the Anchor Borrowers programme and that is going on very well but the state control lands states. They are the ones to provide land for agriculture. They are not investing in that. They would rather build skyscrapers in a city where people will see and clap but the skyscrapers do not put food on the table.

“When we’re talking about food prices, like I mentioned right now is driving inflation, prices of food at the farm gates are low. But when you now take it to the urban areas, you find out that the prices are high due to supply chain disruptions or lack of infrastructure to take them there.”

The minister advised state governors to improve basic infrastructural facilities that will enhance the quality of lives of the people before they begin to think of “how to go to the moon” and build flyovers and airports in the state capital.