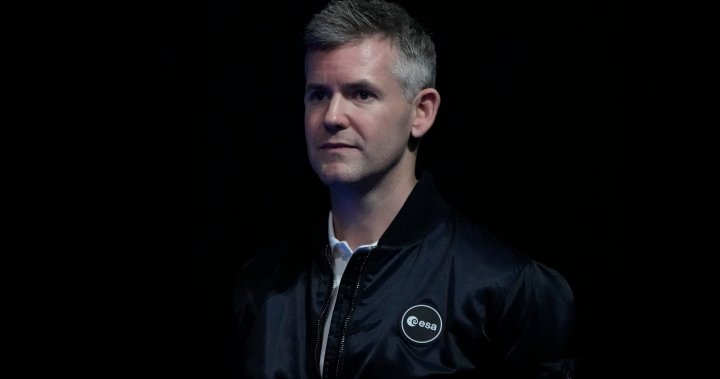 The European Space Agency on Wednesday selected a disabled former athlete to be among its newest astronaut recruits as part of its first recruitment drive in over a decade that aimed to bring diversity to space travel.

Six new astronauts were announced including two women as well as parastronaut John McFall, a British former Paralympic sprinter who will take part in a potentially groundbreaking feasibility study to explore whether physical disability will impair space travel. To date, no major Western space agency has ever put a “para-astronaut” into space, according to the ESA.

The new recruits were among the more than 22,000 applicants who came forward in the hiring push announced in February of last year by Europe’s equivalent to NASA. More women than ever and some 200 people with disabilities applied.

ESA specifically sought out people with physical disabilities, for a first-of-its-kind effort to determine what adaptations would be necessary to space stations to accommodate them.


Across the Atlantic, Houston is taking note. Dan Huot, a spokesman for NASA’s Johnson Space Center, home to the American agency’s astronaut corps, told the AP that “we at NASA are watching ESA’s para-astronaut selection process with great interest.”

Huot acknowledged that “NASA’s selection criteria currently remains the same” but said the agency is looking forward to working with the “new astronauts in the future” from partners such as the ESA.

NASA stressed that it has a safety-conscious process for vetting future astronauts who might be put in life-threatening situations.

“For maximum crew safety, NASA’s current requirements call for each crew member to be free of medical conditions that could either impair the person’s ability to participate in, or be aggravated by, spaceflight, as determined by NASA physicians,” Huot added.

NASA said future “assistive technology” might change the game for “some candidates” to meet their stringent safety requirements.

The ESA’s groundbreaking hiring campaign didn’t specifically address ethnic diversity, but stressed the importance of “representing all parts of our society.”

The European agency received applications from all 25 member nations and associate members, though most came from traditional heavyweights France, Germany, Britain and Italy.

The two-day ESA council running Tuesday to Wednesday in Paris also saw France, Germany and Italy announcing an agreement Tuesday for a new-generation European space launcher project as part of apparent efforts to better compete with Elon Musk’s SpaceX and other rocket programs in the U.S. and China.