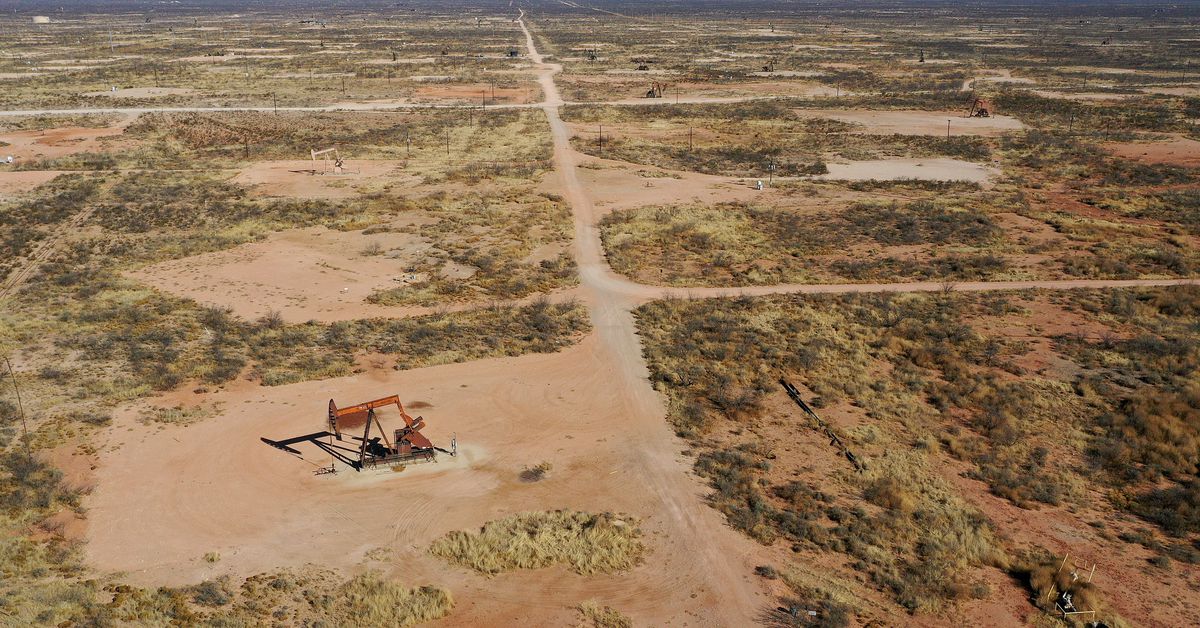 Scientists and journalists are on the hunt for methane spewing out of oil and gas infrastructure in the US. The leaking methane is invisible to the naked eye, but a recent investigation by The Associated Press — with help from NASA and other researchers — helps expose the huge scale of the problem.

In the Permian Basin, a major oil- and gas-producing area spread across Texas and New Mexico, they revealed hundreds of “super-emitting” sites gushing methane. Methane is the primary component of “natural gas” and is even more potent than carbon dioxide when it comes to trapping heat in the atmosphere. Using some neat tech, Carbon Mapper — the group of academic and nonprofit researchers working alongside NASA’s Jet Propulsion Laboratory — spotted 533 of those super-polluting sites. That data was the starting point for some good old-fashioned shoe leather reporting by The Associated Press, which traced down the companies responsible using public records.

That sleuthing exposed a relatively small group of companies releasing a hell of a lot of pollution with impunity. Ten companies alone owned at least 164 of the super-emitting sites. A subsidiary of West Texas Gas, for example, owns a compressor station for natural gas called Mako that was caught leaking 870 kilograms of methane an hour, creating as much climate pollution as lighting up seven tanker trucks full of gasoline a day.

If it weren’t for that research and reporting, those methane emissions probably would have continued to sneak past regulators. They spotted 12 times more leaking methane at Mako than what the company that operates the site reported for its operations across the region in 2020.

The oil and gas industry in the Permian Basin consistently underreports or fails to report methane emissions altogether, according to the AP analysis. AP found that more than 140 super-emitting sites were releasing so much methane that their operators should likely have been mandated to report that pollution to the Environmental Protection Agency — but the vast majority of companies did not.

That ultimately means that the EPA’s Greenhouse Gas Reporting program is undercounting how much pollution is unleashed into the atmosphere, which can obstruct efforts to understand how much global warming we’re facing, as well as what we’ll need to do to adapt to and prevent more catastrophic climate change. Plugging those leaks is an obvious first step to take once they’ve been spotted.

So the race is on to deploy new technology that can capture what’s really going on at all these leaky oil and gas sites. Carbon Mappers used an infrared imaging spectrometer while flying high over the Permian Basin to spot plumes of methane that they wouldn’t be able to see otherwise. The spectrometer picks up the unique wavelengths in light that signal the presence of methane.

In the future, researchers hope to get an even better view from space. Next year, Carbon Mappers hopes to launch two methane-tracking demonstration satellites. By 2025, the plan is to launch a bigger constellation of satellites capable of detecting 80 percent of global methane and CO2 emitters.

It’s part of a broader movement to get a handle on the methane emissions from human activity, which are responsible for about one-third of the global warming we have today. A similar remote sensing effort, called MethaneSAT, is on course to launch later this year. There are more grassroots efforts by volunteers on the ground, too, using spectrometers mounted on vehicles.

This week, the EPA also announced that it plans to fly helicopters over the Permian Basin with infrared cameras to find major emitters of methane. “The flyovers are vital to identifying which facilities are responsible for the bulk of these emissions and therefore where reductions are most urgently needed,” Earthea Nance, the EPA administrator for the region said in a press release.

The agency is still crafting new rules to limit methane emissions — a process that was previously put on hold by the Trump Administration. But last year, the US became one of over 100 countries to sign onto a Global Methane Pledge to cut down methane emissions by 30 percent this decade.

Those goals make it all the more important to take stock of how big a problem leaking methane is now. To see what The Associated Press found in the Permian Basin, you can read the whole story here. It comes with some really cool, but alarming, photos and videos that show methane plumes our eyes can’t see without special tools.