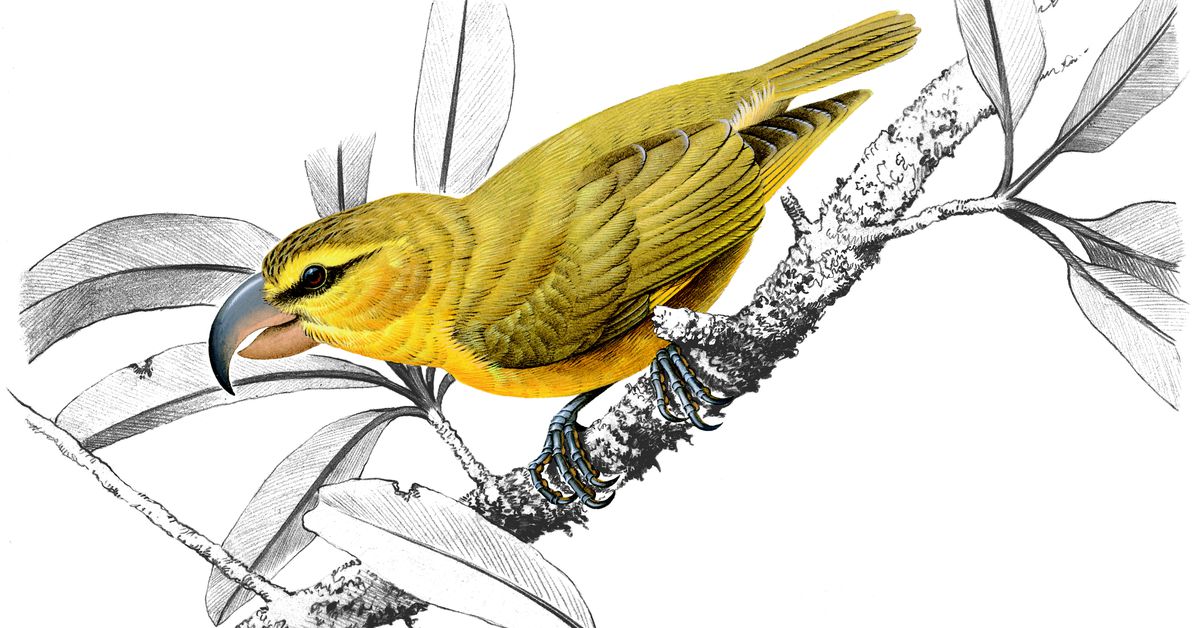 Some 150 birds named for people tied to slavery and white supremacy could eventuallyget new monikers as part of an ongoing reckoning with racism within the world of birding. That includes Jameson’s firefinch, named for a British naturalist who bought a young girl while in Africa “as a joke” and then drew pictures of her being brutally killed. In a new story this week, Washington Post reporter Darryl Fears breaks down the horrific history of ornithology that has managed to be scrubbed clean in many history books.

Fears also writes about the names these birds already had, given to them by Indigenous peoples who understood the animals long before white settlers supposedly “discovered” the creatures. There’s a push now to return to some of those names or use new ones in local languages, which continue to be mocked by a cadre of birding elite that is still largely white. Just last year the American Ornithological Society apologized for “inappropriate comments” its members made nearly 10 years ago about a proposal to rename the Maui parrotbill to the Hawaiian name Kiwikiu.

I can’t do justice to Fears’ reporting here; you’ll have to read it yourself. But I can tell you that while the movement to end systemic racism within environmental science and conservation has picked up steam, it’s far from new — and there’s still a long way to go.

The Audubon Society, the leading bird conservation nonprofit in the US, is still named after a man who enslaved Black people and criticized the emancipation of enslaved people in the Caribbean. In April, the CEO of the Audubon Society, David Yarnold, stepped down after employees came forward with their experiences with racism and sexism.

“Environmental organizations cannot operate with impunity … For too long, boards have looked the other way as executive leaders have ignored or directly perpetuated racism,” said Andrés Jimenez, executive director of nonprofit Green 2.0, in a statement responding to the leadership shakeup. Jimenez’s organization puts out a report each year that has tracked diversity within environmental organizations and foundations since 2017. This year’s report found a slight bump in the average number of people of color and women on staff. It was a show of some progress — but fell far short of a full reckoning with the legacies of racism and discrimination against Black, Indigenous, and other people of color within science and environmentalism.

Fears’ recent reporting follows Black birders and ornithologists making inroads in spaces that have often pushed people of color to the margins. He tells the story of Corina Newsome, one of the original organizers of the Black Birders Week that began last year following a now-notorious episode of a white woman calling the police on a Black birder in New York’s Central Park. (It’s Black Birders Week again this week.)

“A lot of times when you think about Black people in nature, a lot of people associate that with a threat — that Black people can’t exist in nature without being threatened,” Anna Gifty Opoku-Agyeman, another organizer of the first Black Birders Week, told The Verge last year. “So this idea that Black people are thriving in nature — they are embracing nature, they are incredibly joyful and excited about showcasing the natural world to the rest of us — is a perspective that we desperately need.”

Still, navigating the birding world while Black is fraught, Fears writes. Newsome, an ornithologist and community engagement manager for Georgia Audubon, tells Fears about the stereotypes she faces in the field. And she’s candid about what it feels like to work under the name “Audubon.”

But if a new, more diverse generation of birders is successful in their push to rename both birds and institutions, a lot of titles could eventually change — including several birds named after John James Audubon. Check out Fears’ full story: it shows just how much is in a name.