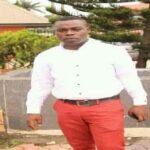 Families of victims of the recent clash between unknown gunmen and security operatives have accused the Police of refusing to release the bodies of the victims to them for burial.

Elder brother to one of the victims, Chibuike Awucha said operative of the Abia State Police Command told them to get the bodies of the victims from unknown gunmen.

Recall that unknown gunmen had on May 29, invaded the State Criminal Investigation Department, CID station located at Uzuakoli Road Umuahia, and set the station on fire after releasing the inmates.

Security operatives had allegedly raided the vicinity particularly Ugwunchara area hours after the assailants had fled. They reportedly abducted some innocent youths.

Some of the innocent youths arrested and taken away by the security agents included two cousins – Onyebuchi Anthony Amadi, 27; and Obinna Onyebuchi Egekwu, 30; as well as Emeka Awucha (popularly known as Onye Photo), 36.

The victims’ bodies were later found at the mortuary of the Federal Medical Centre, FMC Umuahia on May 31 where they were dumped by the security agents who claimed they were some of the unknown gunmen killed in a cross fire with security agents during the attack at the state CID.

47-year-old Awucha from Amagbo Ozuitem in Bende Local Government Area of Abia State, said that the ordeal of the family had been made worse by the refusal of the police to release the body of the victims for burial.

Narrating the pathetic story of how his younger brother, Emeka, met his untimely death, the tricycle operator said the victim was murdered in cold blood by security agents who arrested him while returning from the coverage of a wedding event.

Awucha said the victim, a father of two had gone to cover a wedding event as a photographer, and on his way back home he was arrested along with some other innocent youths and taken away by security agents.

He alleged that the victims were later killed by the security agents and labelled unknown gunmen.

“That day, my brother was returning from a wedding event. He had his video camera, two phones and N35,000 which was given to him for the production of the work he covered.

“ On his way home the security agents arrested him at Ugwunchara and took him away with other boys they arrested.

“ Later on Monday we heard that some bodies were deposited at the FMC mortuary by the police. And when we got there we found him among the corpses.

“ We saw his bag but none of his phones, video camera and the advance money paid to him for the job he covered was there.

“ When we wanted to carry his corpse the mortuary people told us to get authorization form the police. We went to the police, the police said they were not the people that killed them.

“I’m surprised that police could parade my brother, a popular photographer in Umuahia as unknown gunman, and deny killing him while they arrested him alive.

“ All we want now is that his corpse should be released to us for burial. The family is devastated. His two children – one is in Primary three and the other in Primary one: who will train them?

“ We don’t know where to locate the unknown gunmen for their permission to collect the body of my brother. We want the Government to come to our rescue and prevail on the hospital authority to release the body to us,” he said.

The 47-year old who was intermittently battling to fight back his tears  appealed to Gov. Okezie Ikpeazu to come to the rescue of the affected families who he said were now in confusion.

The Police Public Relations Officer, Geoffrey Ogbonna, when contacted said he did not know which police station the families went to in search of the letter of authorization.

He said the affected families should not just make oral application but put their request in writing.