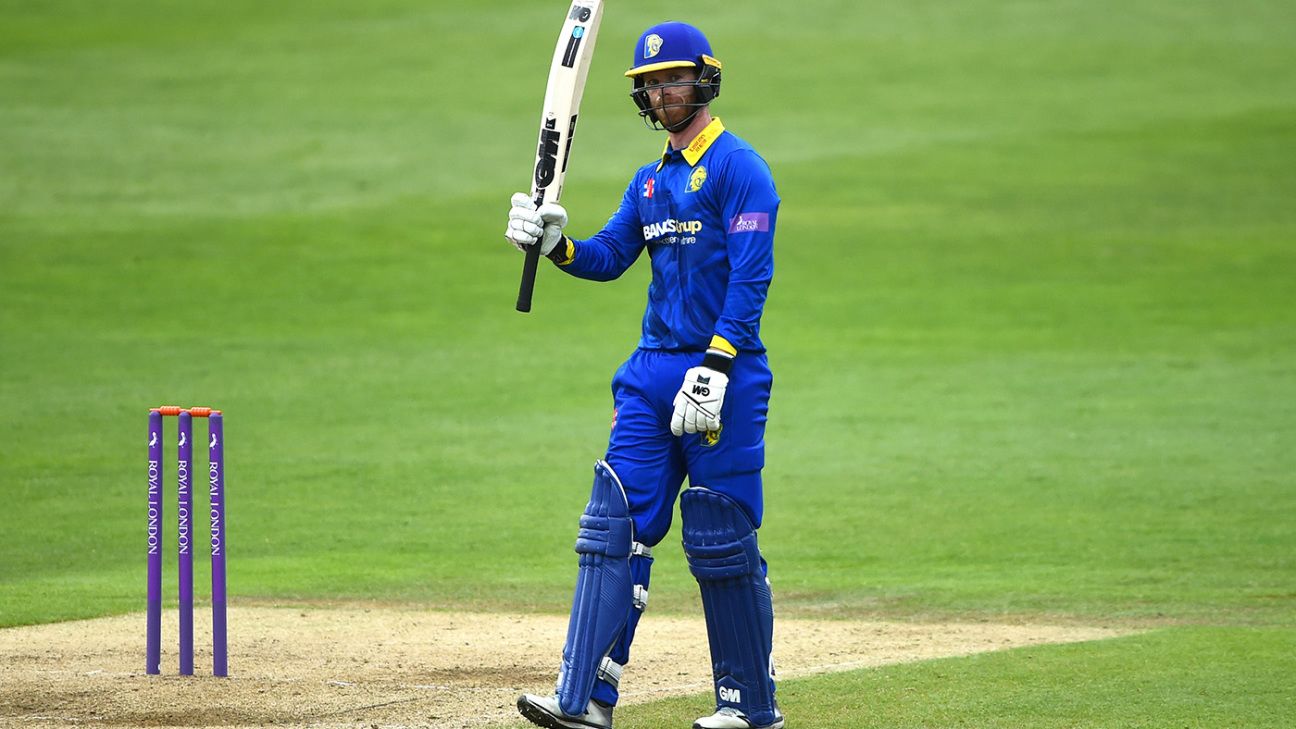 Graham Clark and Alex Lees both hit centuries as Durham trounced Kent Spitfires by 103 runs in their Royal London Cup match at Beckenham. The visitors posted their highest ever 50-over score of 405 for 4, eclipsing their previous record of 353 for 8, set against Nottinghamshire in 2014.

Clark hit 141 from 119 balls, with two sixes and 20 fours, while Lees made a relatively pedestrian 100 from 98, including one six and seven fours. David Beddingham then thrashed 67 and Cameron Bancroft finished unbeaten on 60.

Chris Rushworth took 3 for 29 to flatten Kent’s top order and although George Munsey made 96 and Harry Finch 64, the hosts fell well behind the run rate and eventually closed on 302 for 8.

On a sweltering day Kent won the toss, chose to field and repented at leisure: four catches went down off batters who went on to add a combined total of 225 after being reprieved. Finch dropped Lees when he was on 7 after he’d edged Harry Podmore, who himself spilled Clark when he was on 41. Beddingham was twice dropped in his thirties, first by Hamid Qadri and again by Tawanda Muyeye.

Clark got to three figures with a push to midwicket and finally perished when he swatted Marcus O’Riordan to Matt Quinn. Lees reached his hundred with a pull off Quinn and although he hit the very next delivery straight to Darren Stevens, Beddingham maintained the momentum, hitting his first ball for six.

Beddingham rode his luck before he eventually holed out to Stevens and was caught by Heino Kuhn. Sean Dickson was then brilliantly run out for 6 by Ollie Robinson, with a direct hit from square leg, but the runs kept flowing. Liam Trevaskis hit the next ball for six and the final over went for 20.

Rushworth struck early in the Kent innings to remove Muyeye for 15, caught by Scott Borthwick. The same combination then removed Robinson for 8 and Kuhn for 6, reducing Kent to 50 for 3.

Munsey and Finch put on 138 for the next wicket, but the former fell agonisingly close to his century when he swiped Paul van Meekeren to Trevaskis and Stevens made just 3 when he hit Jack Campbell to Lees.

With the required rate rising to well over double figures, Finch was bowled by Luke Doneathy and Podmore chipped Trevaskis to Borthwick for 2. With the ground emptying rapidly, O’Riordan attempted to sweep Doneathy and was bowled for 22, although Qadri and James Logan showed some defiance to bat out the remaining overs and push the total over 300, finishing on 42 and 16 not out respectively.