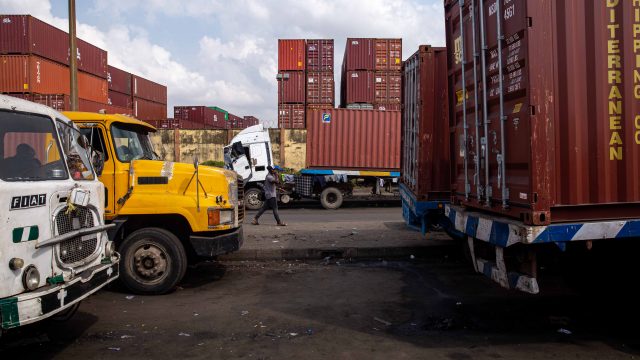 The leadership of the National Council of Managing Director of Licensed Customs Agents (NCMDLCA) has lauded the efforts of the Tincan Island Port Complex (TIPC) management for the innovative measures at ensuring sanity at the port corridor.

The group led by the Western Zone Coordinator, Kasim Aduwa, expressed satisfaction over the achievements of the port manager, Ibrahim Anji, in keeping vehicles away from the roads to enable access into the port.

Aduwa admitted that the electronic call up system at Tincan experienced some hitches at the beginning, but observed that it had since normalised as the port has witnessed a steady progression in its operations.

“Despite coming through with motorbikes, you will surely see the agents, government officials falling down the road with some degree of injuries daily. But with the efforts of the management of the Nigerian Ports Authority (NPA), I think things have changed in our ports.”

While sharing his experience on human control at the port, the NCMDLCA boss called for speedy completion of the e-call up at the port to create enabling business environment.

In his response, the port manager, Anji, said on his assumption in office, he engaged several stakeholders to ensure congestion on the roads was addressed.

Anji affirmed that the management of the NPA was working round the clock to ensure that the e-call system succeeded as it contributed majorly to the orderliness witnessed so far in the port operations.

According to him, the authority, as a measure to curtail vehicles parking along the road, introduced towing of broken-down vehicles on the port access roads to designated parks at a cost.

He added that the development further helped to scare truck drivers from parking their vehicles indiscriminately along the roads.

The port manager maintained that the fruitful engagement with the road contractors also contributed to the sanity faced at TCIPC.