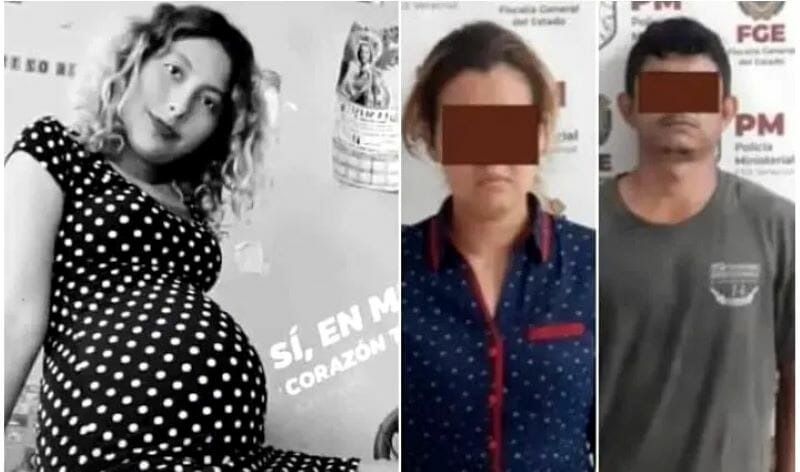 Suspected gunmen attacked and cut open an eight-month pregnant woman identified as Rosa Isela Castro Vazquez, to steal her fetus in the Mexican state of Veracruz.

According to Daily Mail, the authorities said the woman was attacked by two assailants on Monday, but her unborn baby was retrieved alive.

The report said the twenty-year-old victim was abducted by two suspects who cut the baby out of her womb and dumped her body in Medellin del Bravo, in the Mexican state of Veracruz.

However, police arrested the suspected criminals – a man and woman — after learning there was a newborn baby in their possession as disclosed by the attorney general’s office in the eastern state of Veracruz.

They allegedly sliced open the victim to remove the fetus because the woman attacker was unable to have children herself. Police did not reveal their identities.

Ministerial Police arrested Gonzalo “N” and Veronica ‘N’ as alleged perpetrators of the crime of disappearance committed by individuals.’

It used ‘N’ as practised in Mexico to conceal a suspect’s full name due to local privacy laws.