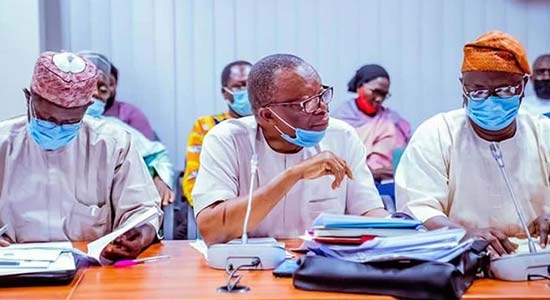 The Academic Staff Union of Universities (ASUU) has flayed the federal government for paying half salaries to lecturers in October.

The federal government had explained that the lecturers were paid based on the days they worked in the stated month.

But in response on Tuesday, ASUU president, Emmanuel Osodeke, made it clear that its members are not casual workers and should not be treated as such.

In a statement, Osodeke said the union’s national executive committee (NEC) “noted with dismay that paying academics on a ‘pro-rata’ basis, like casual workers, is unprecedented in the history of university-oriented labour relations and therefore condemned this attempt to reduce Nigerian scholars to casual workers in its entirety.”

He added: “This we believe, as a union of thinkers, intellectuals, and patriots, will not only aid the process of amicable resolution of the crisis but will also set the tone for smooth industrial relations between Government and Nigerian workers at large.”

Osodeke commended the lecturers for their “perseverance” and thanked students and their parents for their understanding while ASUU pursue a resolution within the ambit of the law.