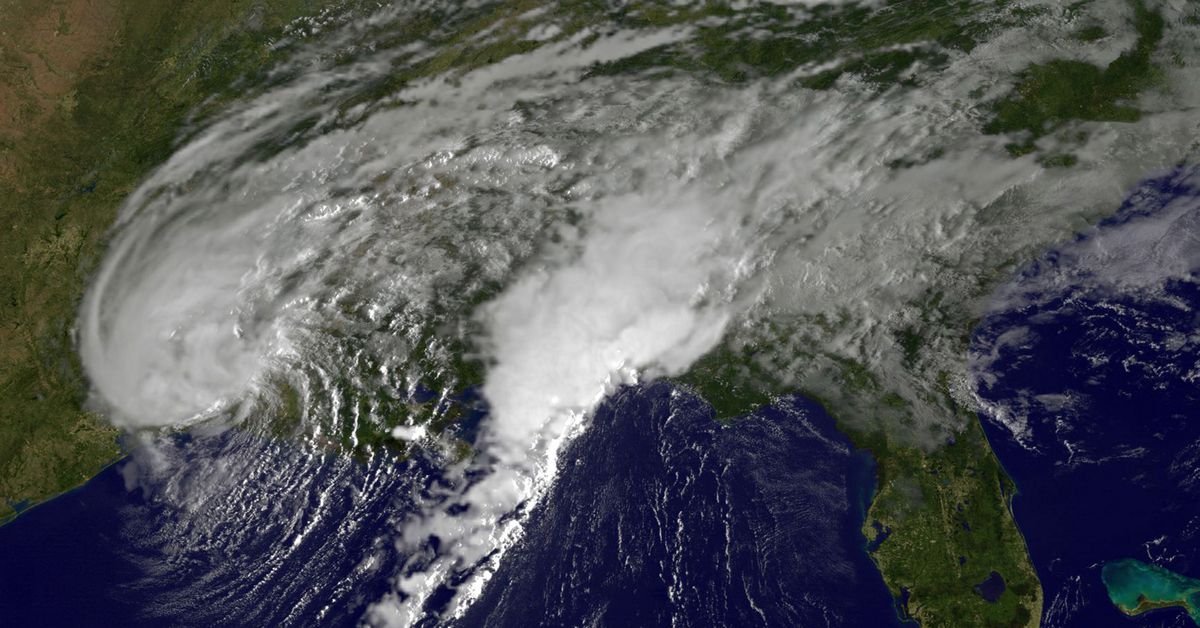 Hurricanes are taking longer to weaken after making landfall because of climate change, according to a new study. As a result, stronger storms could wreak havoc on communities farther inland, the study finds. It’s the latest warning that hurricanes could cause even more devastation in a warming world.

Hurricanes feed off heat energy from the sea. The more heat, the more energy — and the more intense hurricanes can become. There’s already evidence that the strongest hurricanes have become more common. But once a hurricane reaches land, it’s cut off from its source of energy and typically begins to rapidly lose strength. Now, thanks to the new study published today in the journal Nature, scientists are beginning to understand that global warming’s effects on a hurricane don’t stop there.

“Whenever we think that climate change has not had an effect on us, because somehow we got lucky — If you look under the hood, there are things that are lurking. And unfortunately, here is an example of that,” said Pinaki Chakraborty, a senior author of the study and a professor of fluid mechanics at Okinawa Institute of Science and Technology Graduate University.

Chakraborty and the study’s lead author, PhD student Lin Li, analyzed data on storms that made landfall after forming in the North Atlantic between 1967 and 2018. They found that recent hurricanes lost about 50 percent of their intensity in the first day after making landfall. That’s much less than hurricanes in the 1960s that weakened by about 75 percent within a day of reaching land, according to the study. How slowly the storms weakened closely matched changes in sea surface temperatures over the same time period.

To bolster the historical data and figure out why the storms were weakening slower over time, the researchers also created computer simulations of hurricanes. They found that hotter temperatures allowed the hurricanes to hold on to more moisture, which they could continue to tap as a source of heat energy once they reached land.

Although the results of the computer models showed the same pattern as the historical data, the change in how long hurricanes kept their strength on land wasn’t as dramatic. That suggests that there are other factors, like the characteristics of the terrain a hurricane runs into, that influence how the storm behaves over land. Technological advances in how scientists measure storm intensity could also have an effect on the historical data, although the researchers chose to limit their study to hurricanes that made landfall after 1967 to get more reliable data from satellite observations.

Right now, an intense tropical storm hitting an inland community is still unusual, but when it does happen, the results can be devastating. The study results could help communities start to brace for more high-powered hurricanes in the future. A typical hurricane might move about 430 kilometers in one day, according to Chakraborty. That could put the city of Atlanta, Georgia, within striking distance of a storm that’s still got 50 percent of the strength it had at sea. While the city at times suffers remnants from hurricanes and tropical storms, a direct hit from a hurricane-strength storm is rare. As the planet continues to heat up, “it would not be surprising if category one — even category two — hurricanes start to become more common in a place like Atlanta,” says Chakraborty. Slow-dying hurricanes would pose bigger threats for coastal communities, too, if they stall out over the same area but maintain much of their strength.

“They’re identifying a potentially really important problem that basically is sort of simple, but nobody’s ever thought about at all,” says Dan Chavas, an assistant professor of Atmospheric Science at Purdue University. Chavas wrote a commentary article about the new study that was also published in Nature today.

Since this is the first study to look into climate’s influence on the speed of a storm’s decay on land, there needs to be more research to see if the same thing is happening in other parts of the world. Chakraborty has already begun looking into storms that start in the Pacific basin and says his preliminary research shows a similar phenomenon emerging.