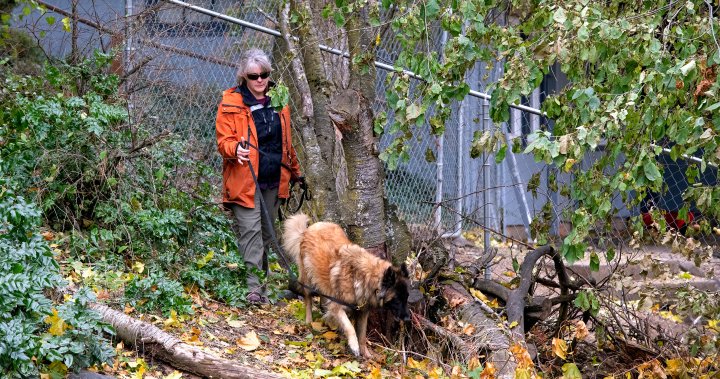 Speculation has run rampant in the small town of Moscow, Idaho as the investigation into the killings of four University of Idaho students enters it second week. Police have yet to name a suspect, and have been cagey with releasing details about the case, creating a vacuum of information that has been filled with rumour.

In the latest update from the Moscow Police Department (MPD), investigators said they received hundreds of tips relating to an alleged stalker of one of the victims, 21-year-old Kaylee Goncalves, but were unable to verify or identify such a person. Rumours have also been swirling in the town, home to about 25,000, about reports of a skinned dog that was found three weeks before the killings.

Coroner: Idaho students were stabbed to death in their beds

Locals feared that the two grotesque incidents were connected, but police said the skinned dog was “unrelated” to the killings of the college students. Police also discounted a report about deceased animals being left on a local resident’s property as connected to the case, saying those incidents were likely caused by wildlife.

Speculation about the animals may have been fuelled because officers found a dog at the scene of the crime on the night of the incident. Police say “the dog was unharmed and turned over to Animal Services.”

It’s unclear what is driving rumours about Goncalves having a stalker, but police did rule out an individual who was seen watching Goncalves and another victim, Madison Mogen, 21, at a food truck on the night they were killed. Police said that a “male in the Grub Truck surveillance video” is not believed to be involved in the deaths.

An unconfirmed video that was posted to Twitter by local TV reporter John Webb appears to show the surveillance footage in question. A single man in a black coat, grey hoodie, black pants and black baseball hat seems to watch the two girls while they order food, but it is unclear if that is the man police are referring to.

Twitch video from a Moscow food truck shows who appears to be two victims, Madison Mogen and Kaylee Goncalves, just hours before the slayings. @KHQLocalNews pic.twitter.com/vf4LpWEGeb

In a press release, Moscow police cautioned the public against believing information that wasn’t delivered through official channels, saying, “Rumours and speculation continue circulating about the ongoing investigation. MPD cautions the public not to rely on rumours and remains committed to keeping the public informed.”

Investigators also added that online reports about the victims being tied and gagged were not accurate.

Moscow police have faced criticism for the lack of information released about the case, which has rocked the local community to its core and left the University of Idaho campus deserted ahead of American Thanksgiving.

A parent of one of the victims, Ethan Chapin, 20, even took aim at investigators’ tight-lipped approach, writing in an email to the Associated Press that “there is a lack of information from the University of Idaho and the local police, which only fuels false rumors and innuendo in the press and social media.”

“The silence further compounds our family’s agony after our son’s murder,” Jim Chapin wrote. “For Ethan and his three dear friends slain in Moscow, Idaho, and all of our families, I urge officials to speak the truth, share what they know, find the assailant, and protect the greater community.”

1:46
Killer still at large after murder of 4 University of Idaho students: police

Police have determined that the four University of Idaho students were stabbed to death and likely ambushed while they were sleeping in the early hours of Nov. 13. A murder weapon has yet to be located but police believe a large “fixed-blade knife” was used.

Latah County Coroner Cathy Mabbutt told NewsNation that the victims were stabbed in the chest and upper body, adding that the perpetrator “has to be somebody pretty angry in order to stab four people to death.”

Police recreated an incomplete timeline of the victims’ movements and said that on the evening of Nov. 12, Goncalves and Mogen were at a local bar called The Corner Club. Meanwhile, Chapin and Xana Kernodle, 20, the fourth victim, were seen at the Sigma Chi fraternity house, of which Chapin was a member, on the University of Idaho campus.

Goncalves, Mogen, and Kernodle were all roommates and sorority members, and Chapin was Kernodle’s boyfriend. They all appeared to be close friends in social media posts. The three women had two other roommates who police said were at another event that night and arrived home around 1 a.m.

At around 1:30 a.m. on Nov. 13, Goncalves and Mogen were seen on video at a local food vendor called the Grub Truck and police say they used “a private party for a ride home.” Police have also ruled out this private party as a suspect.

All four of the victims arrived home at the 1122 King Rd. residence around 1:45 p.m. and Chapin decided to sleep over with Kernodle. The victims lived on the second and third floors of the residence.

After 3rd failed lethal injection, governor asks for pause on executions in Alabama

The four victims were stabbed to death at around 3 to 4 a.m., according to the Latah County Coroner. The coroner stated that the “four victims were likely asleep, some had defensive wounds, and each was stabbed multiple times.” Examinations found no signs of sexual assault on any of the victims.

The two surviving roommates in the residence didn’t wake until later in the morning and believed one of the victims on the second floor had passed out. They summoned other friends to the residence to help as the victim was not waking up. At 11:58 a.m. police received a 911 call from inside the residence with a report of an unconscious person.

The call originated from one of the surviving roommates’ cell phone but multiple people talked to the 911 dispatcher before Moscow police arrived at the scene. When officers investigated the residence they found the four victims dead on the second and third floors.

Police do not believe the two surviving roommates were involved in the killings.

As part of their investigation, police have seized the contents of three dumpsters on King Road to locate possible evidence. Investigators are also aware of multiple phone calls from victims Goncalves and Mogen to a male, but they did not elaborate further.

Local businesses have been contacted to see if any fixed-blade knives were recently purchased as police continue to look for a murder weapon.

Moscow police have gone through nearly 700 tips and conducted 90 interviews, according to a press release, but remain without a named suspect.

The Federal Bureau of Investigation is assisting in the case and have sent 22 investigators to Moscow and two Behaviour Analysis units, who are known for profiling criminals based on their crimes. Twenty agents are also working out of other locations in Idaho, Utah, and West Virginia.