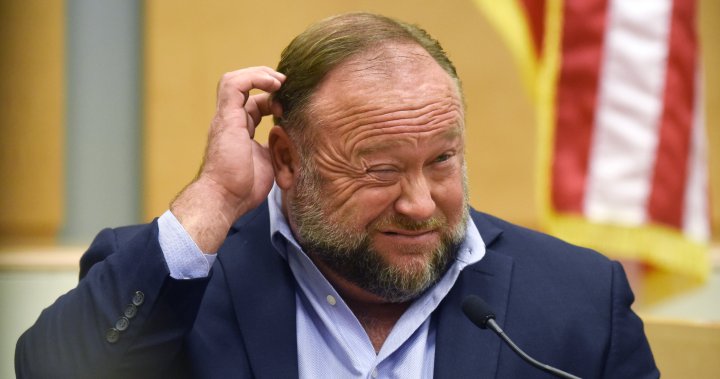 Infowars host Alex Jones filed for personal bankruptcy protection in Texas on Friday as he faces nearly $1.5 billion in court judgments over conspiracy theories he spread about the Sandy Hook school massacre.

Jones filed for Chapter 11 bankruptcy protection in bankruptcy court in Houston. His filing lists $1 billion to $10 billion in liabilities.

The bankruptcy filing comes as Jones faces court orders to pay nearly $1.5 billion in damages to relatives of victims of the 2012 Sandy Hook Elementary School shooting for calling the massacre a hoax.

A lawyer representing Jones in the bankruptcy case did not immediately return a message seeking comment.

A Connecticut jury in October awarded the families $965 million in compensatory damages, and a judge later tacked on another $473 million in punitive damages. Earlier in the year, a Texas jury awarded the parents of a child killed in the shooting $49 million in damages.

Jones has laughed at the awards on his Infowars show, saying he has less than $2 million to his name and won’t be able to pay such high amounts. The comments contradicted the testimony of a forensic economist at the Texas trial, who said Jones and his company Free Speech Systems have a combined net worth as high as $270 million. Free Speech Systems is also seeking bankruptcy protection.


In documents filed in Free Speech Systems’ bankruptcy case in Texas, a budget for the company for Oct. 29 to Nov. 25 estimated product sales would total $2.5 million, while operating expenses would be about $740,000. Jones’ salary was listed at $20,000 every two weeks.