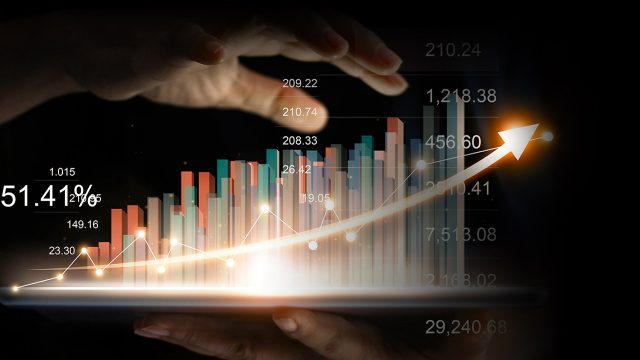 Rising interest rates, insecurity and other economic challenges in the country coupled with uncertainty in the global economy have continued to hit hard on the equities sector of the capital market, with investors losing N1.484 trillion in the third quarter (Q3).

In addition, the Committee also voted to increase the Cash Reserve Requirement (CRR) to a minimum of 32.5 per cent last month.

Speaking on the stock market performance, Vice president, Highcap Securities, David Adonri said: “Whenever CBN hikes interest rate to tighten monetary policy, the primary objective is to use it as a short-term tool to bring down inflation. However, it can also affect trade-offs in the capital market by shifting the balance between equities and debt.

“In this case, it causes financial assets to migrate more to debts due to an increase in yields precipitated by the interest rate hike. Consequently, the price is likely to fall temporarily in equities until the policy runs its course.

“Monetary policy is a short-term tool to battle a structural economic instability to give room for appropriate fiscal policies implemented to address the cause of the imbalance. Therefore, the tightened monetary policy and attendant weakened demand make equities a buyer’s market now.”

Publicity Secretary of the Independence Shareholders Association, Moses Igbrude, also noted that the downward trend in the stock market is partly due to the rising insecurity in the country.

He said: “Investors prefer where their funds and investments are safe. Other social and economic challenges are affecting the market. The Federal Government should address these issues to reverse this ugly trend.”

An analyst at PAC Holdings, Wole Adeyeye, said: “Investors may be looking at the risk-free securities in the fixed-income market as we expect yields to increase. Investors may likely sell part of their equity investments to buy treasury bills and bonds.

“Consequently, bears may dominate the equities market in the fourth quarter of 2022. Nevertheless, this creates an opportunity for investors that want to take advantage of cheap stocks in the market.”

On his part, the Chief operating officer of InvestData Consulting Limited, Ambrose Omordion, said the market was volatile with a mixture of bargain hunting and profit taking in Q3 due to rate hikes.

According to him, the rate hike adjustment has triggered another round of sector rotation and selling pressure in the market, as a result of aggressive hawkish monetary policy across the globe, which caused some countries to go back to intervention strategies to prevent the collapse of their economy.

Omordion pointed out that the nation’s high debt profile would not survive this rising rate, even as the World Bank and IMF have warned central banks to rethink and avoid pushing the global economy into recession.

“We see that is already happening in the UK, China, Japan and others. It is time for the Nigerian central bank and its Monetary Policy Committee to have a rethink before things go out of hand.”

He stressed the need for a stronger and more vibrant economy that would reflect on the capital market so that the 2022 financial year would end on a positive trajectory.

“We need to finish the year strong. The low valuation of NGX, high earnings and dividend yields on improved earnings released so far in the year, coupled with the expectation of third-quarter corporate earnings are expected to shape the market direction.

“However, with inflation hitting 17 years high above 20 per cent, many players stay on the fence, waiting to confirm direction before jumping in, as the outlook for the economy and the financial market remains unpredictable,” he said.

However, he added that there are stocks investors should pay attention to, as the correction in the NGX index action creates buying opportunities in some sectors and stocks with high dividends, high yield and positive earnings growth.

“Despite the lingering high-interest rates atmosphere, rising inflation and slowing industrial output as a result of policy changes and uncertainty around the globe, there are sectors, industries and individual stocks that are still seeing positive activities from traders and investors.