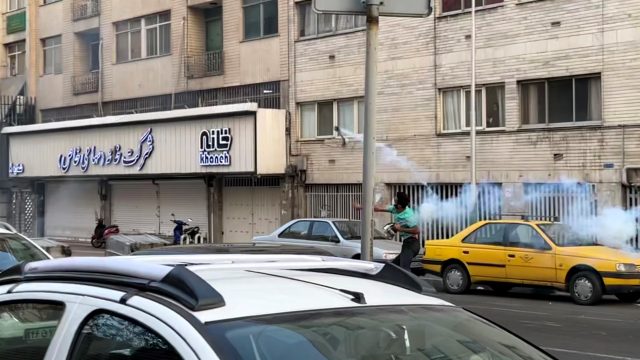 Thirty women political prisoners in Iran, including a Franco-Iranian academic and the daughter of a former president, on Sunday demanded an end to the executions of protesters in the country.

The women inmates said they had been “sentenced to a total of 124 years in prison through unfair and non-transparent procedures, which is worth a few generations of human life”.

Despite coming from different religious and political backgrounds, “we have come together to say ‘no’ to execution. We defend people’s right to live in justice.”

Another is former lawmaker Faezeh Hashemi, the daughter of former president Akbar Hashemi Rafsanjani, who was sentenced to five years behind bars in January for “collusion against the security of the country”.

Niloufar Bayani, a former representative of the UN Environment Programme in Iran who was handed 10 years in jail in 2020 for “conspiring with America as a hostile government”, also signed.

Iran erupted into protests in September, following the death in custody of 22-year-old Mahsa Amini after she was arrested for allegedly violating the Islamic republic’s strict dress rules.

According to Norway-based group Iran Human Rights, at least 481 people have been killed in the crackdown and at least 109 people are facing execution in protest-related cases, in addition to the four already put to death.