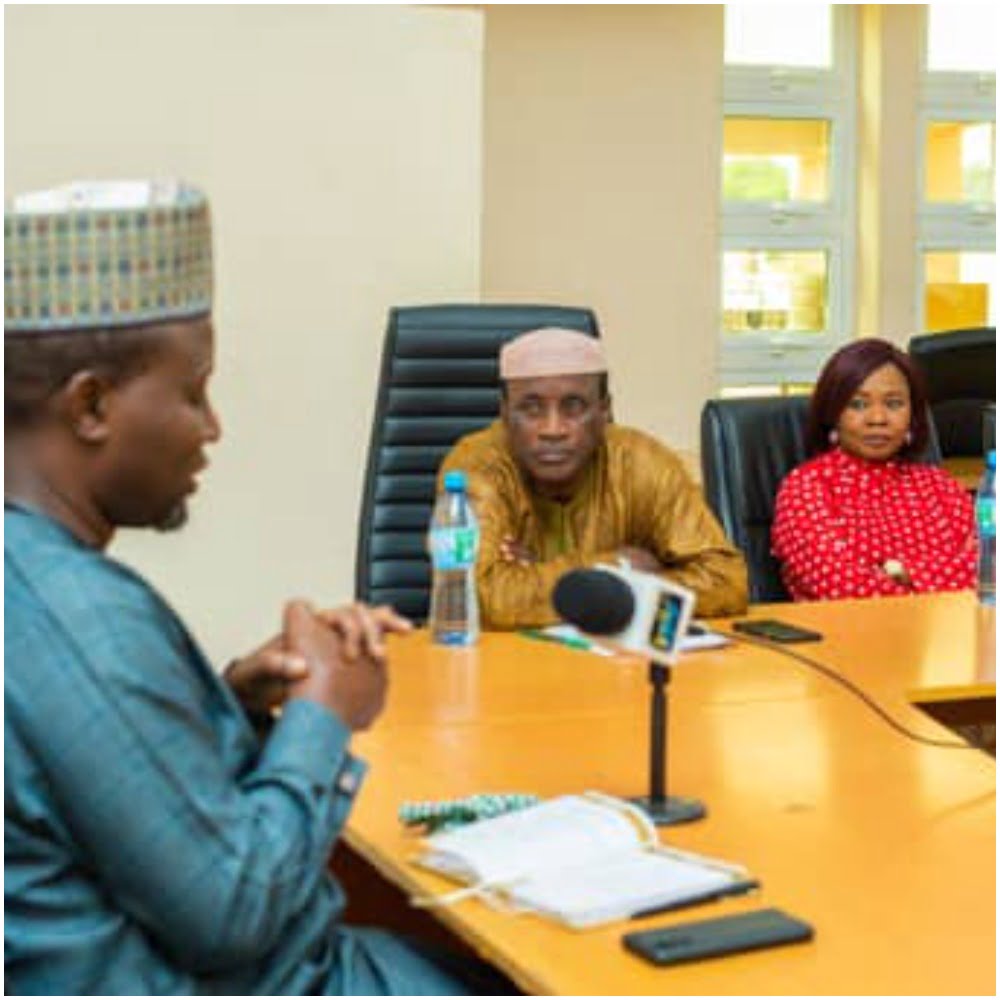 About 54,000 candidates from Kwara State are involved in this year’s Unified Tertiary Matriculation Examination, UTME.

Chairman of the Kwara State Television Board, Ahmed Adio, disclosed this during a courtesy visit to the Vice-Chancellor of the state University, Malete, Professor Muhammed Mustapha Akanbi, on Tuesday.

He described the number as one of the highest in the North-Central geo-political zone, which Kwara state belonged.

Adio noted with delight that despite the challenges facing the country in different areas, parents, guardians and their children still accord education a top priority.

The board chairman commended the institution for being in session despite the lingering ASUU/FG dispute.

Adio extended the invitation for the Vice-Chancellor of the institution, to feature on its flagship morning programmes, A.M DRIVE.

Responding, the Vice-Chancellor, while describing the media as worthy partners, expressed his readiness to partner with Kwara Television in areas of staff development and deployment of students for internship at the television station as requested by the board chairman.

He advised other state parastatsls to emulate the good example of the television station in collaborating with one another for the overall development of and common good of the state.

Professor Akanbi commended Governor Abdulrahman AbdulRazaq for his exemplary policy of non-interference in the running of the Kwara State University, Malete and for supporting the institution at all times.

The VC said the University enjoys the personal intervention of the governor in overcoming most of its pressing challenges, citing areas such as construction of access road to the University, securing the needed funds for the accreditation for its law programme, procuring equipment for medical and aeronautical engineering programmes as well as connecting the institution with donor agencies.

He further stated that Governor AbdulRazaq assisted the institution in the provision of funds to execute its e-learning programme during Covid-19 pandemic while through the governor’s intervention, orks have reached an advanced stage in the construction of both the Osi and Ilesha Baruba campuses of the state owned tertiary institution.