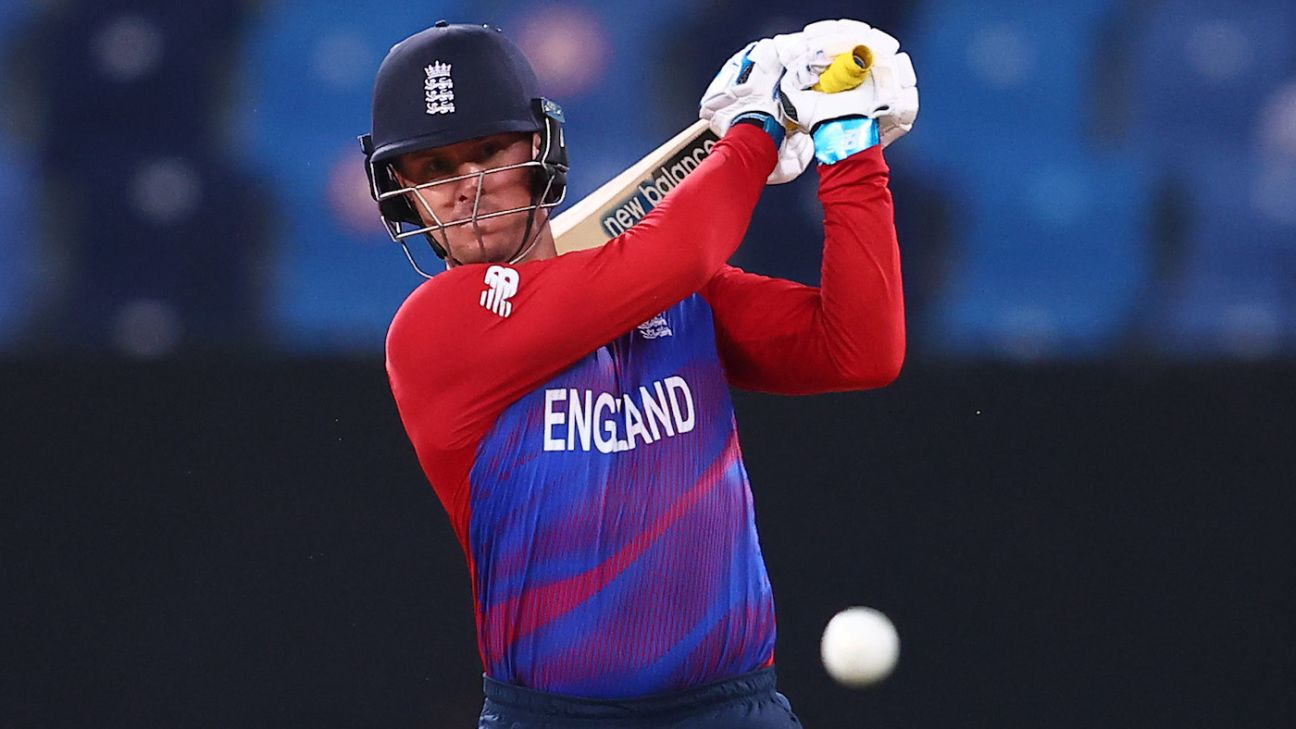 Jason Roy marked his return to fitness by hitting a 36-ball hundred – and 115 off 47 overall – in England’s warm-up match against a BCA President’s XI at Kensington Oval.
Roy has not played any cricket since tearing his left calf muscle during England’s final Super 12s game of the T20 World Cup against South Africa in November when he collapsed in pain after running a single and was carried off the pitch.

But his onslaught, which contained nine fours and ten sixes, signalled his fitness ahead of the five-match T20I series that starts on Saturday and will be staged in Barbados in its entirety.

Roy added 141 in 61 balls with Tom Banton – who kept wicket and was preferred to Phil Salt at the top of the order – for the opening stand, 92 of which came in the six-over powerplay.

Ashley Nurse slowed the scoring through the middle phase, taking 2 for 20 in four overs with his offbreaks, and removing Roy and Moeen Ali in the space of five balls.

But James Vince, Eoin Morgan and Salt – in an unfamiliar role at No. 6 – struck some late blows to take England to an imposing total of 231 for 4.

England used eight bowlers – five seamers and three spinners – in their defence, taking regular wickets to keep their opponents to 137 for the loss of 11 wickets, with each team fielding 13 players.

David Payne, Harry Brook, Liam Livingstone – who the PA news agency reported has been suffering from illness in recent days – were the squad members not involved, while Sam Billings arrived on the island after a gruelling long-haul journey from Hobart.

Shamar Springer, who was part of West Indies’ World Cup-winning Under-19 team in 2016 and has played for Jamaica Tallawahs in the CPL, top-scored with 36 off 23 balls from No. 7.

On Tuesday, West Indies had comfortably beaten the BCA President’s XI on the same ground. They restricted their opponents to 131 for 6, with Hayden Walsh Jr taking 2 for 28, and then batted on past their target to reach 169 for 4 in 19.2 overs. Kyle Mayers, who opened the batting with Brandon King, top-scored with 38.