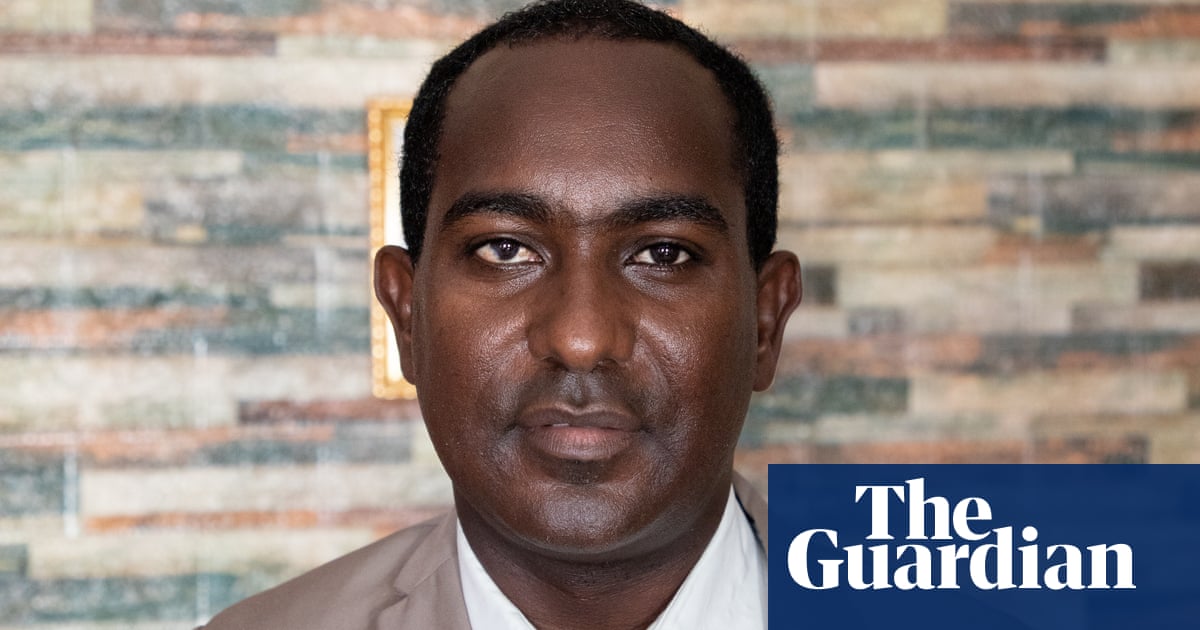 Journalist under strict bail terms in Somalia after arrest in crackdown

Authorities in Somalia have imposed strict bail conditions on a respected journalist and media rights campaigner that will prevent him from seeking medical attention for a suspected kidney condition aggravated by poor conditions during his detention by intelligence services and police earlier this year.

Abdalle Mumin, a co-founder of the Somali Journalists Syndicate and a contributor to the Guardian, was arrested in October after press organisations protested that directives issued by the information ministry on coverage of an offensive against Islamic militants in the unstable east African state put them at risk.

The 35-year-old, who divides his time between Kenya and Somalia, was held for three days in cells in a notorious prison run by intelligence services, then transferred into police custody for a further 10 days, before finally being released on bail. Abdalle is now barred from working or leaving the country.

“We were just trying to stay neutral and do our jobs independently. I am facing serious threats to my life [from Islamic extremists] and from the government. I cannot leave the hotel where I am staying. But I am not allowed to return home [to Nairobi, Kenya] because they have taken my passport and put me on a list of banned people. I need medical attention and I need to see my family,” Abdalle said. “Western donors are supporting the Somali government but the same government is targeting journalists like me.”

Abdalle’s arrest caused concern in the British government, a major aid donor to Somalia. “Freedom of expression underpins all human rights. We urge [the Somali government] to follow due process [and] for the case to be heard fairly,” the UK embassy said at the time.

Human Rights Watch, a global campaign organisation, said the Somali government should end all harassment and arbitrary arrests of journalists by the intelligence and other security forces, and called on the country’s international partners to press the government to commit to allowing full, open reporting on issues of critical public interest, and to amend or repeal laws that restrict the right to freedom of expression and the media.

The Committee to Protect Journalists described Abdalle as a fearless and tireless advocate for the rights of Somali journalists to report the news freely and independently.

“His arrest is an unacceptable aggression and is undoubtedly sending a ripple of fear through the Somali media community,” the CPJ’s sub-Saharan Africa representative, Muthoki Mumo, said at the time. “Authorities should … work to create a climate in which Somali journalists can work without fear.”

Al-Shabaab, the Islamic extremist movement that controls much of the country’s rural area, is an affiliate of al-Qaida and considered one of the most tenacious such groups in the world. It has resisted a series of military efforts to force it from its strongholds. There are reports that the acute humanitarian crisis in Somalia has undermined its authority in many areas as the group is unable or unwilling to provide assistance to millions at risk of famine.

Press freedoms have been a major casualty of Somalia’s long-running armed conflict. During President Hassan Sheikh Mohamud’s previous administration, journalists faced intimidation and violence from the government and from al-Shabaab. In Mogadishu, security officials banned reporting on statements by al-Shabaab, temporarily closed down at least three media outlets and arbitrarily arrested journalists.

A frequent contributor to the Guardian, Abdalle had previously received threats, and he survived an attack in early 2015 after his reporting for the Wall Street Journal on the killing of al-Shabaab’s leader, which forced him to flee the country. Since returning to Mogadishu, Abdalle has been detained twice, most recently while organising a training session on media freedom in the town of Jowhar.

Security forces have often tried to justify arrests of journalists and closure of media outlets on national security grounds.

On 8 October, the information ministry issued a directive that “prohibited dissemination of extremism ideology messages, both from traditional media broadcasts and social media,” and it announced the suspension of “more than 40 social media pages where terrorists have been spreading intimidation, incitement, and wrong messages.”

Abdalle said the government was putting lives at risk as al-Shabaab had threatened to kill any journalists who followed the new directive.

“The problem is how to operate in a country where there are threats from both sides … that’s why we asked for the directive to be reviewed. It is endangering journalists’ lives. We are facing another cycle of violence from two sides,” he said.

On the morning of 11 October, security forces tried to enter the SJS office in Mogadishu. Abdalle was then contacted directly by a presidential aide and told to retract his complaint and obey the directive.

Shortly afterwards, he was arrested as he waited for a flight to Nairobi and taken to Godka Jila’ow, one of the main detention facilities run by the intelligence services, where he was held for three days in a small underground cell before being transferred to police custody. Abdalle’s lawyer, a relative and two colleagues have said they were denied access.

Abdalle said: “There was no water, no food. It was very hot, there was no ventilation and no windows. I could hear other inmates crying and screaming. When they interrogated me, they wanted to know why I was criticising the government.”

During a court hearing on 16 October, prosecutors said they were investigating Abdalle for violating the government’s new directive and publishing “secret” footage. The court returned Abdalle to police custody until his release on stringent bail conditions on 22 October.

Officials contacted Abdalle a week ago to offer a deal. If he made no further criticism of the government and issued a full apology, charges against him would be dropped he would be allowed to leave the country.

“I refused,” he said. “If Somalia wants to be peaceful and safe democracy, it needs to be safe for journalists.”