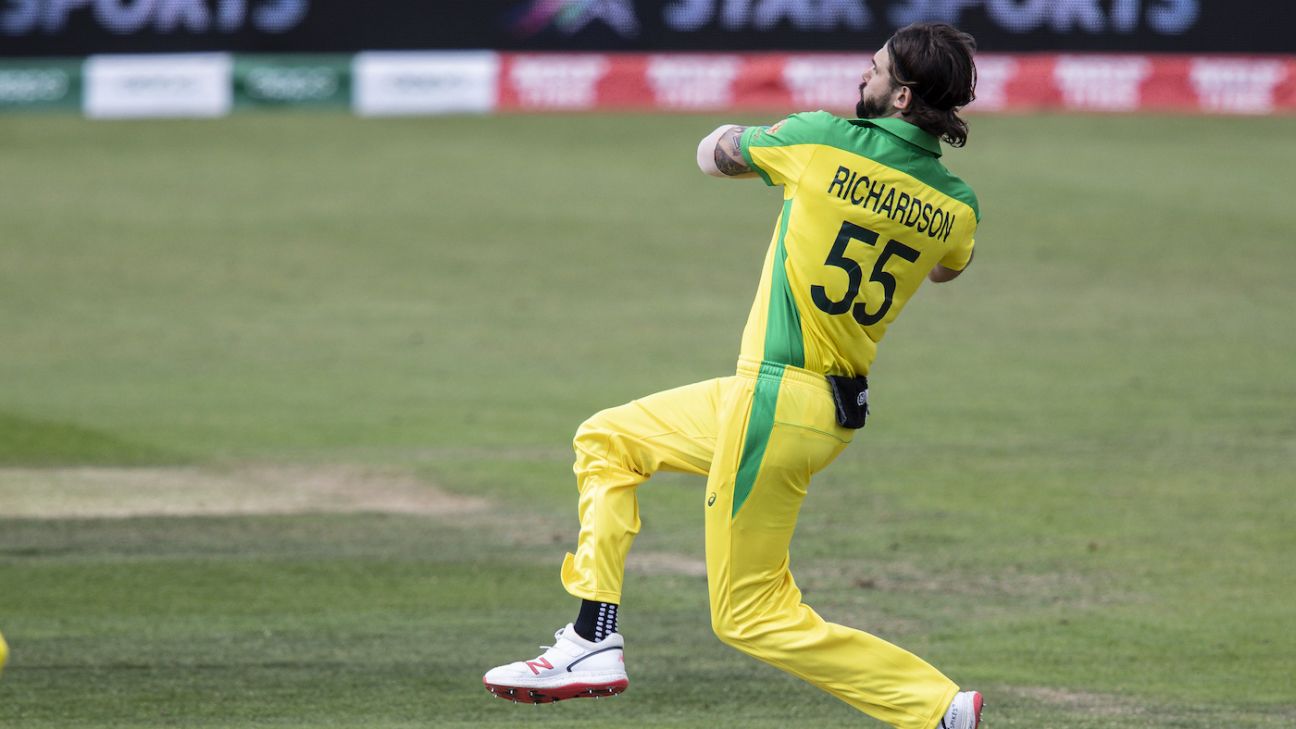 Perth Scorchers fast bowler Andrew Tye has been called up to Australia’s ODI and T20 squads as cover for Kane Richardson, who has elected to stay home in Adelaide to be with his wife and newborn son.

Cricket Australia undertook a mass airlift of players from around the country on Tuesday after a small Covid outbreak in Adelaide’s northern suburbs forced heavy restrictions to be imposed in the city.

A raft of Australia’s ODI, T20, and Test squad members who had recently travelled from Adelaide to their home states were forced to fly to Sydney early to avoid being stuck in quarantine in their home states, while the Adelaide Strikers flew to Coffs Harbour in New South Wales at short-notice to prepare for the upcoming BBL.

Richardson, who opted out of the IPL and missed a couple of Shield matches due to the birth of his son, chose to stay at home in Adelaide with his family, forcing the selectors to call up Tye who has recently returned from the UAE.

“It was a difficult decision for Kane to make but one which has the complete support of the selectors and the entire playing squad,” national selector Trevor Hohns said.

“Kane wanted to remain in Adelaide with Nyki and their newborn son. We will always support our players and their families; even more so given the challenging environment we are in.

“We will miss what he brings to the team but completely understand and support his decision.”

Tye was part of Australia’s tour of the UK this year and was also part of the Rajasthan Royals squad in the IPL. He played just one match in the IPL and it was his only professional match in the last 12 months after requiring elbow surgery in November last year, though he did play three matches for his Perth Premier club Scarborough in late February and early March. Tye lost his Western Australia domestic contract during the winter but is still seen by Australia’s selectors as one of the best short-format bowlers in the country, giving him the nod ahead of Nathan Coulter-Nile and James Pattinson, who both played key roles in Mumbai Indians’ IPL title.

“AJ is incredibly skilled in both forms of the short game. He impressed in the UK with his high work ethic and his positive energy around the squad,” Hohns said. “He is a great player to be able to call on.”

Western Australian batsmen D’Arcy Short and Josh Philippe have also been called on to train with Australia’s limited-overs group in Sydney next week despite both being left out of the initial squads.

Short flew to Sydney on Tuesday with fellow Western Australian Cameron Green as a precaution after both had been in Adelaide for the Sheffield Shield earlier in the month. Philippe is currently in hotel quarantine in Sydney following his return from the IPL in the UAE.

Short and Philippe will join their respective BBL teams, Hobart Hurricanes and Sydney Sixers, ahead of the start of the BBL on December 10.