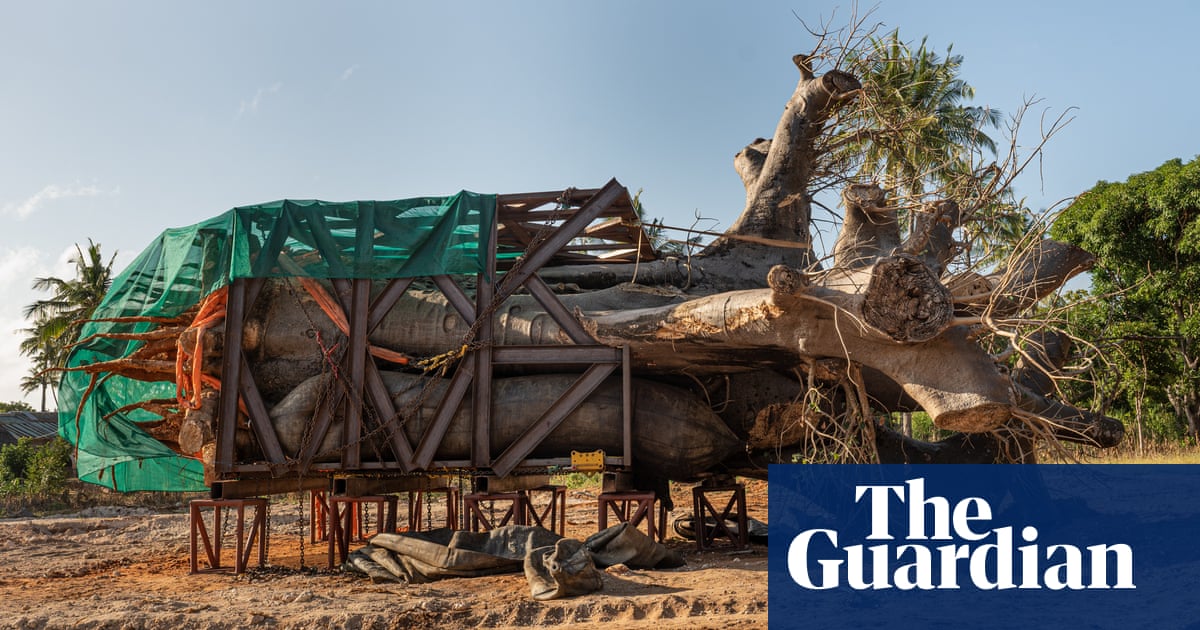 The Kenyan government has halted the transportation and export of Kilifi baobabs to Georgia and ordered an investigation into how a foreign contractor received permission to transport the ancient trees out of the country.

Kenya’s president, William Ruto, ordered the Ministry of Environment and Forestry to investigate whether Georgy Gvasaliya had the proper licence to take the trees out of Kenya under the Nagoya protocol, an international agreement that governs the conditions for the export of genetic resources, which has been incorporated into Kenyan law.

The protocol requires communities to give prior informed consent to any exports, and an agreement between whoever is taking them, the government and the community, on how the benefits should be shared.

The move followed the Guardian’s report last month on growing concern over the uprooting and transportation of the trees from the Kilifi region, on the Kenyan coast, at a time when the country is trying to recover lost forest cover. Kilifi has experienced the third-highest rate of tree-cover loss in Kenya over the last two decades.

Baobabs can live for thousands of years, are drought-resistant and provide habitats for a number of species. They produce fruit that contains high levels of vitamin C, antioxidants, calcium, potassium and fibre, and powder found in the fruit is used in smoothies and porridge. The bark has medicinal properties, and oil from the seeds is used in beauty products.

Ruto tweeted: “There must be adequate authorisation and an equitable benefit sharing formula for Kenyans. Further, the exercise must be in line with the government’s agenda of planting 15bn trees in the next 10 years.”

Shortly after posting the tweet, the Ministry of Environment and Forestry issued a statement that said the environmental impact assessment licence issued to Gvasaliya in October, allowing the trees to be uprooted and exported, had been given “irregularly”.

The ministry halted the transportation with immediate effect, saying the trees could not be taken out of the country until agreements on their export were “regularised”. It said action would be taken against any government official found not to have followed the correct procedures when processing the licence, amid public calls for accountability.

Sofia Rajab, a human rights lawyer, said: “We need to see accountability for the failures in the system that allowed this to happen.”

The Guardian has learned that the eight trees were being exported to Shekvetili Dendrological Park, owned by Georgia’s former prime minister Bidzina Ivanishvili, who has been involved in other tree-uprooting activities along the Georgian coast.

“This has sent a clear message to the world that the exploitation of Kenya’s biodiversity can only happen when Kenyans are meaningful beneficiaries,” said Gus Le Breton, chair of the African Baobab Alliance. “It has big implications globally in terms of reiterating the importance of the Nagoya protocol to regulate trade and biodiversity.”