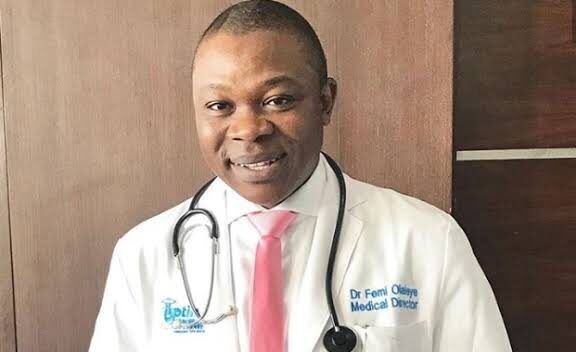 The Lagos State Government has directed investigation into an allegation of sexual abuse of a yet-to-be identified patient at a private health facility – Optimal Cancer Centre, located in the Surulere area of the city.

The state’s Commissioner for Health, Akin Abayomi, said the Health Facilities Monitoring and Accreditation Agency (HEFAMAA) will conduct a comprehensive investigation into the matter.

Mr Abayomi gave the directive following a viral video of the reported abuse on social media alleged to have originated from the healthcare facility.

Mr Abayomi’s statement, which was shared on the government’s official website on Monday, noted that the agency will deploy a team of monitors to the facility “with a view to getting credible information on the allegations.”

He assured members of the public that the state will apply appropriate sanctions in accordance with the extant laws if the facility is found not to have complied with set standards.

“In accordance with the state government’s zero tolerance for sexual abuse and violence, the matter will also be referred by HEFAMAA to the Lagos State Domestic and Sexual Violence Agency (DSVA), for appropriate action that may be warranted”, he stated.

READ ALSO: Why a police officer slapped me – 68 year-old woman

The commissioner, however, called on members of the public to join the government “in its fight against unprofessional conduct in the health sector to safeguard the health and well-being of the citizens.”

Not the first time

Meanwhile, the medical director of the health care facility that has been fingered in the alleged misconduct, Femi Olaleye, is also facing charges surrounding sexual violation of a minor.

Mr Olaleye, a cancer care advocate, was accused of harassing a niece of his wife, Remi Olaleye, for one year and nine months.

The Lagos Directorate of Public Prosecution (DPP) had on Monday tried to arraign the accused but he was not in court.

At the court on Monday, Mr Olaleye’s lawyer, Babatunde Ogala, told the judge, Ramon Oshodi, that his client who is on administrative bail “is out of town.”