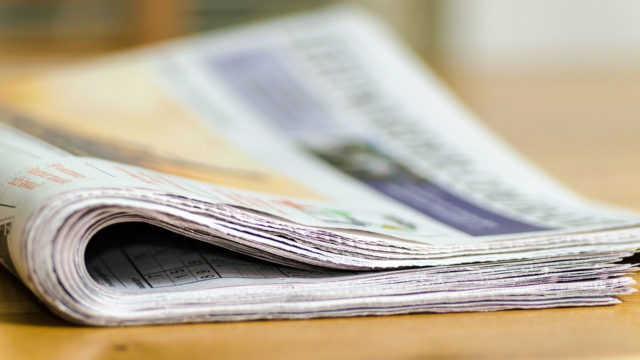 About two weeks after The Guardian published a report on the activities of some digital farms that often invite Nigerians to invest in their agricultural projects, one of the farms, Skapomah Global Limited (SGL), has written through two law firms to The Guardian, demanding a retraction of the report as it relates to the farm. The firms, however, contradicted each other, while providing evidence for the retraction.

Though the letters from the two law firms were issued on December 23, 2020, three days after the special report was published, The Guardian got the letters at different dates.

The first to arrive was Herq & Fash Associates’ letter. And though the reporter’s search on the company’s registration revealed that it was registered with the Corporate Affairs Commission (CAC), the business address with CAC was different from that on the letter to The Guardian. The inconsistency in the business addresses made the reporter visit the address on the letter, which was Block B, Suite 288, Sura Shopping Complex, Lagos Island.

The office was locked when the reporter got there. Consequently, an inquiry was made from the next office on whether the law firm existed and operated from the said address. A man, who was perusing some documents in the compartment housing a law firm, initially denied that Herq and Fash Associates operates within the complex. But as the reporter was about leaving, and probably on second thought, he called the reporter back to know the name of the person who signed the letter. He was given one of the names on the letter. He then told the reporter to exercise patience, while he finds out from a colleague if he was the one that sent the letter.

The conversation on phone went thus: “Godwin, one man is here, looking for Herq and Fash Associates. Are you the one using the name?” Thereafter, he passed the phone to the reporter and some discussion followed.

The business address on the CAC site, 14 Biola Fadayomi Street, Ojota, Lagos was also visited, but it was a residential building. The occupants disclosed that there was no law firm on the premises and that no lawyer lived in the building. That was before 2020 ended.

In the letter, Herq and Fash Associates had written: “We are solicitors to Skapomah Global Limited, trading under the name and style SGL Farms. They are hereinafter referred to as ‘our clients’. We write based on their express instructions.”

Herq and Fash Associates continued: “It is the position and belief of our client that your publication with respect to our client is false, untrue, misleading, damaging and libelous. It is further our client’s position that you did not make attempts to locate the farms as they cannot be difficult to locate. You further failed, refused, and neglected to reach out to promoters of SGL Farms. Your publication has the potential to damage our client’s reputation, destroy his image, marketability, and eventually loss of income.”

As a result of the above, the law firm demanded that a retraction of the publication, as far as it relates to SGL Farms, and a letter of apology be addressed to Skapomah Global Limited (SGL). It then went on to threaten that if The Guardian failed to do so in seven days of receiving the letter, it shall proceed to court to enforce its rights and also ask for handsome damages. Thereafter, it added that SGL Farms was willing to take the reporter or any of The Guardian representatives on a farm tour.

Also, Tunrayo Oni & Co said it is solicitor to Skapomah Global Limited (SGL). The second letter also drew attention to the section in the special report about SGL Farms, maintaining that its client’s reputation had been badly affected by the unfounded allegations made by The Guardian reporter in the special report.

In defending SGL Farms, Tunrayo Oni and Co said: “Our client owns only 100 acres of plots of land at Wasinmi in Ogun State, which it is not presently cultivating because it is taking advantage of its 5000 acres of rice farm located at Anigbado in Yewa North Local Government of Ogun State.” But this is contrary to Herq and Fash Associates’ position, which stated that SGL farms had 100 acres in Ado-Awaye and 5000 acres in Anigbado.

In its letter, Tunrayo Oni and Co demanded an unreserved letter of apologies, which should be published within seven days in The Guardian. It also threatened that if The Guardian failed to yield to its request, it has the instruction of its client to take legal action against The Guardian.

Just like Herq & Fash Associates, Tunrayo Oni & Co’s business address on the CAC site is different from the one on the letter sent to The Guardian.