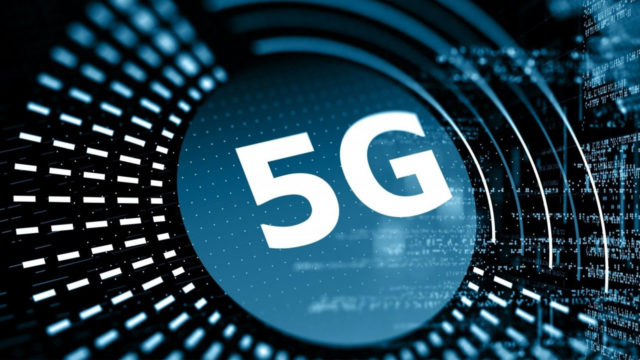 Ahead of the second licensing round for the Fifth-Generation (5G) network launch in Nigeria, ADEYEMI ADEPETUN, in this piece, writes on issues around the exercise.

This is coming about a year after the first auction, which handed the first two 5G licenses in the country to MTN Nigeria and Mafab Communications. The two operators paid over $500 million to the Federal Government through the Nigerian Communications Commission (NCC).

While MTN rolled out the new technology within time in August, all eyes are on Mafab to roll out by January, having requested for a five-month extension, which the NCC granted.

Ahead of the fresh auction slated for December 19 in Abuja, NCC had gathered stakeholders together in Lagos, recently to iron out thorny issues in the draft Information Memorandum (IM). The IM has now been amended.

For emphasis, 5G is the advanced form of 2G, 3G and 4G, which Nigeria currently operates. Large numbers of advanced countries of the world have adopted the 5G network, while others are considering its adoption in the next few years, because of its high connectivity speed that will drive new technologies like Artificial Intelligence (AI), Machine Learning (ML) and Internet of Things (IoT), among others.

Globally, 5G is expected to be the fastest-deployed mobile communication technology in history and is forecast to cover about 60 per cent of the world’s population in 2026.

Consultative Forum
At the forum, issues that border on why NCC should do another auction within a year of the first, especially when services from the first sets of 5G licenses have not really been felt. The question was asked if NCC was under any political pressure to raise money for the Federal Government.

Also, Airtel Nigeria also raised the need to be granted administrative assignment of spectrum to provide services in the 5G in the country, having participated in the last auction.

Airtel had argued that its participation in the last bid round in the 3.5GHz spectrum led to boosting Federal Government’s revenue. It therefore urged the commission to grant it the licence without going through the process of auctioning.

Responding to some of the questions, the Executive Vice Chairman of NCC, Prof. Umar Danbatta said, in line with the commission’s Strategic Vision Plan 2021-2025, which among other things, seeks to promote fair competition, inclusive growth, increased investment and innovative services, and also facilitate strategic collaboration and partnership, it intends to further deepen broadband penetration and encourage fair competition in the rollout of 5G services in Nigeria by auctioning more lots in the 3.5GHz spectrum band.

“I want to disabuse the minds of those who feel that the objective of the NCC to auction the first and second rounds of the 5G spectrum bands is to generate money for the federal government. This is not correct. The overriding consideration is not to generate money for the Federal Government, but principally to ensure the deployment of 5G services that enhance a better life for Nigerians and the growth of the nation’s economy as a whole through provision of qualitative high-speed Internet services that increase productivity and efficiency across sectors,” Danbatta said.

Reactions from operators
During the presentation of the draft IM by the Head, Spectrum Administration Department at NCC, Abraham Oshadami, announced the reserve bid price for the auction as contained in the draft IM, which NCC pegged at $273.6 million, high above the $194.7 million reserve bid price for the same spectrum band that was auctioned in 2021, a development that elicited reactions from operators who kicked against the hike.

According to Oshadami, interested operators are to make a non-refundable Initial Bid Deposit (IBD) of 10 per cent of the reserve bid price.

General Manager, Regulatory Affairs at MTN, Ikenna Ikeme, explained that his organisation participated last year because it had the understanding that it would be an open auction going forward.

He cited section 5.30 of the IM, which discussed spectrum cap, and noted with concern, the provision of the IM, which provides that: “the Commission places a cap of 100MHz as the maximum amount of spectrum that a licensee can acquire in the 3.5GHz band.”

But the fear in the industry is that with the financial war chest of MTN, getting the license again, would confer the status of a dominant player on MTN in the nascent 5G sector in Nigeria.

Speaking on some of the issues raised, the Executive Commissioner, Technical Services at NCC, Ubale Maska, said the hike in the reserve bid price was justified, because spectrum licence has appreciated after it was auctioned last year. According to him, the market price for the lot on offer has been determined by the last auction.

He also said it would only be fair to all operators, if Airtel would participate afresh in the next auction.
Parts of Nigeria covered by 5G

Thus far, MTN Nigeria has launched the service in Lagos, with some 82 clusters already enjoying the service. The telecommunications firm listed other states that would witness the first launch of 5G to include Abuja, Port Harcourt, Ibadan, Kano, Owerri, and Maiduguri.

Group Chief Executive Officer (GCEO), MTN Group, Ralph Mupita, in Lagos, recently, while assuring on this, said Nigeria is expected to have 40 per cent 5G network connection by 2025 as more digital infrastructure are deployed and newer cites are activated.

“We believe that 5G network is for Africa and Africans and we are ensuring that we didn’t build an inferior infrastructure, but one that can satisfy the entire region. It must be noted that investing in digital infrastructure remains critical to unlocking the future and countries must invest,” he stated.

Mupita said sooner, about five years from now, 5G would enable economies including Nigeria, South Africa and other countries in the region to accelerate their development.

Citing example, Aluko said in some countries like Canada, 5G deployment is estimated to cost about $26 billion. “Therefore, to support the investment efforts of the mobile operators, a pricing policy that operators would have to pay which at the long run will not have any negative impact on their investments should be used at auctions. The reason for this is that 5G networks involve huge investment in technology and any form of palliatives to the investors will serve as an encouragement,” he stated.

Will another Mafab emerge?
Aluko is worried that the new auction may provide another unknown operator, which may not be able to deliver as and when due.

He said such operator might just warehouse the spectrum and later sell it at a very high cost. “So, I am kind of worry that this new auction may bring in another operator in the likes of Mafab. From the little investigation I have carried out, I am not sure that operator is ready. I think it is just existing as a special purpose vehicle for some people.

“There is nothing to show that the company will roll out services as directed by the Commission. Do they have a network already running, offering services, which they intend to take advantage of? The answer is no. The telecoms industry is the only industry I have known. You cannot build something on nothing,” he stated.

Final IM and tasks ahead
Through the final IM, the Commission would be offering the remaining lots of 2 x 100MHz TDD in the 3.5GHz Spectrum band to support the roll-out of 5G services in Nigeria.

Giving the step-by-step stages of the auction, the IM explained that the next step for applicants, in accordance with the full instructions laid out within the IM, was to submit a completed application, including appropriate template documentation and confirmation of transfer of the Intention-to-Bid Deposit (IBD), by 17.00 hours West African Time (WAT) on December 5, 2022.

According to the released IM, the Auction will be an Ascending Clock Auction with exit bids as described in Section 5.11 of the Information Memorandum. On completion of the auction, successful bidders will be deemed to have been awarded a provisional licence and will be required to pay the balance (winning bid amount less the IBD) of the spectrum licence fees due to the Commission on or before January 20, 2023. The IM further explained that failure to pay within the stipulated date, the award would automatically lapse and Initial Bid Deposit forfeited.

The successful bidder(s) at the auction will be issued a 10-year national spectrum licence that will authorise the licensee to make use of the designated part of the electromagnetic spectrum for the purpose of providing broadband services.