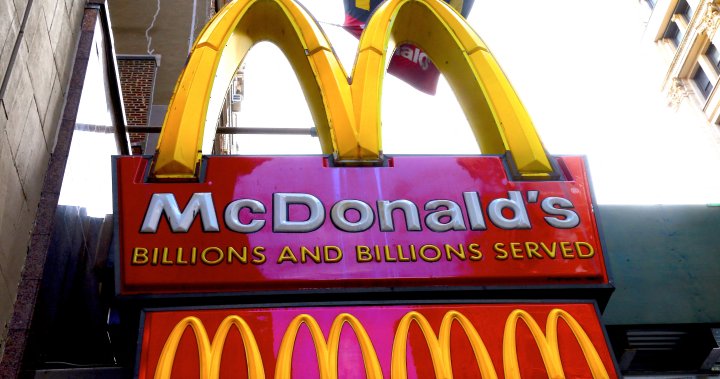 A McDonald’s worker has died after being in critical condition since Monday night, when he was shot in the neck because of a disagreement over cold fries.

Police said Matthew Webb, 23, died from his injuries on Wednesday, as reported by CBS News.

Sources told CBS Webb was shot on the job after a woman complained about her fries being cold.

The shooting occurred around 7 p.m. on Aug. 1 outside a Brooklyn McDonald’s on Fulton Street in Bedford-Stuyvesant. According to sources, a woman was angry that her fries were cold and approached a worker, identified as Matthew Webb, and started arguing with him.

The woman was reportedly FaceTiming her son at the time, and he is accused of stopping by the restaurant later on and shooting Webb in the neck.

Webb was rushed to Brookdale Hospital and the suspect was taken into custody.

On Wednesday, police announced that they arrested 20-year-old Michael Morgan for attempted murder and weapons charges in connection with the shooting.

Michael Morgan, 20, has been charged with attempted murder and criminal possession of a weapon for the shooting of a McDonald’s worker in Brooklyn.

As @NYPDDetectives remain dedicated to providing justice, they need your help. If you have information on crimes, call #800577TIPS. pic.twitter.com/fLBdk1RSYV

Police also arrested Morgan’s 18-year-old girlfriend, who is accused of hiding the gun used in the shooting. She was booked for criminal possession of a weapon.

After questioning Morgan, police ended up adding even more murder and weapons charges to his rap sheet.